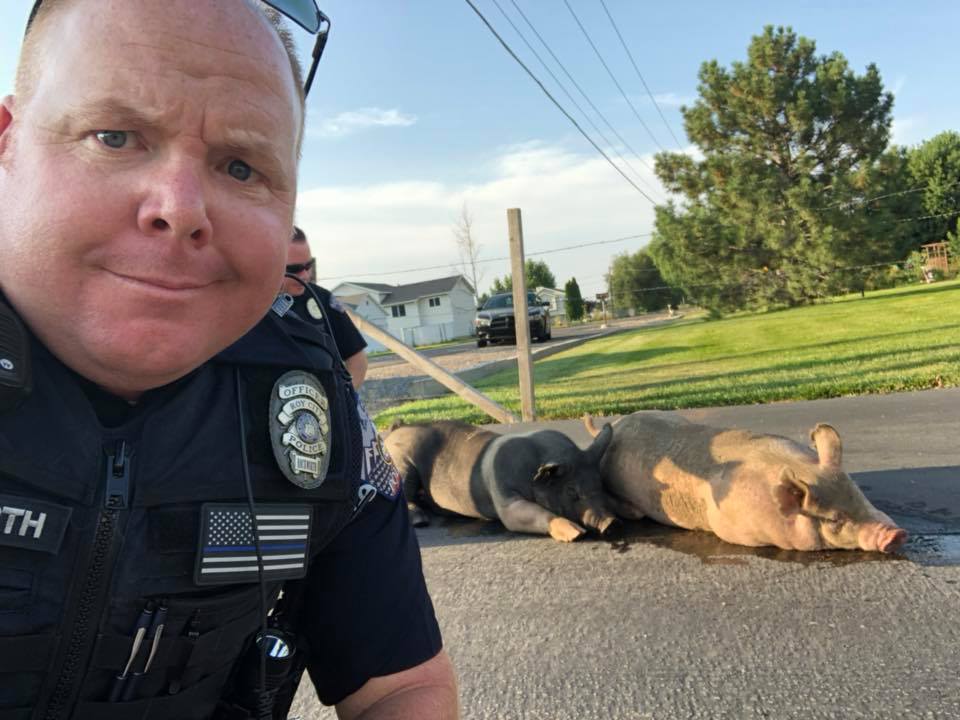 ROY, Utah — Police officers in Roy poked a little fun at themselves after cops on patrol received a report of a pack of porcine pedestrians.

Roy Police posted online Friday, saying they received a call about wandering livestock in the area of 4450 South and 3100 West.

Officers responded to find several pigs out and about.

Police say the pigs were unharmed and had been cooling off in some water that had collected on a driveway.