FARR WEST, Utah – A man was killed Tuesday afternoon after a semi-truck hit his car, pinning it against a fence.

According to a press release from the Weber County Sheriff’s Office, deputies responded to an accident near 3700 N. 2000 W at 3:30 p.m. Tuesday.

“Three vehicles were involved where one was a construction semi truck,” the sheriff’s office wrote.

When deputies arrived on-scene Thinnes was located in a sedan that had been pinned up against a fence by the semi truck. He was pronounced deceased upon arrival, the sheriff’s office said.

Initial investigations by the sheriff’s office indicate the male driver of the semi-truck was traveling southbound on 2000 W. when the truck drifted into the northbound lane near 3700 N.

Sheriff’s officials said that the semi first hit a white passenger car, which was occupied by a 71-year-old male and a 68-year-old female. Both individuals were transported to the hospital in serious but stable condition.

The impact with the white car caused the semi to lose control and hit a brown sedan, which was traveling northbound, the sheriff’s office said, and, “Both the semi and sedan came to rest off the road, where the semi had pinned the car up against a large metal fence.”

Investigators stated that they believed the semi was going the speed limit at the time the accident occurred, which was 55 miles per hour.

No charges or citations were issued after the crash.

“The investigation is still ongoing and we are uncertain if drugs or alcohol are involved,” the Weber County Sheriff’s Office said. 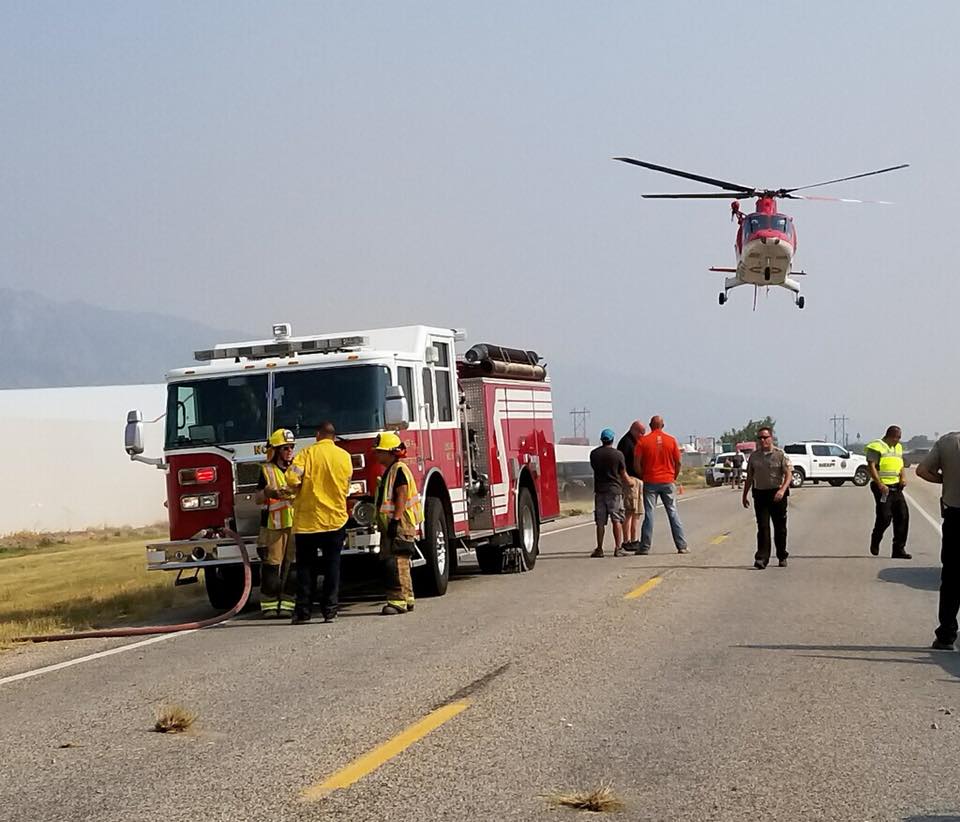