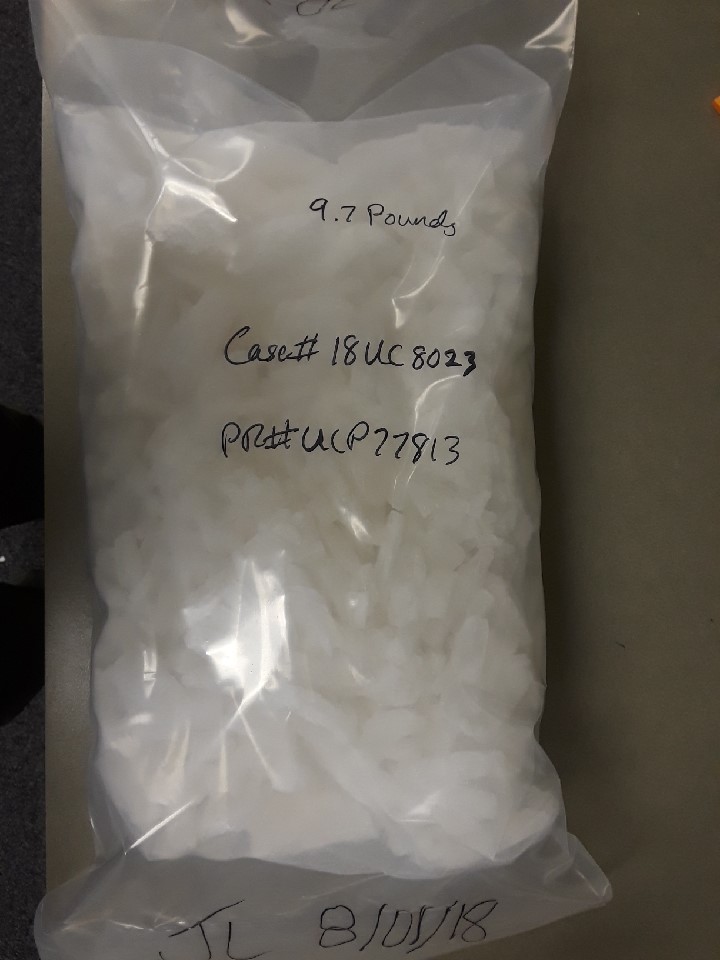 BENJAMIN, Utah — Two people were arrested and a 2-year-old girl is in the custody of a relative after deputies discovered 9.7 pounds of methamphetamine during a traffic stop in Utah County Wednesday night.

According to the Utah County Sheriff’s Office, a deputy stopped a car for traveling 100 mph on northbound I-15 near Benjamin, Utah on Wednesday night.

A K-9 officer was called to the scene and gave a positive indication for narcotics in the car, a news release from the Sheriff’s Office said.

The drugs have an estimated street value of $440,000 and, if they had been divided for sale, could have provided as many as 35,000 individual doses, according to the Sheriff’s Office.

“In this case the drug distribution and paraphernalia charges were enhanced to drug free zone because Marquez-Barrios had her 2 year old daughter in the car with her,” the news release said.

Cortez-Felix has been placed under an Immigration and Customs Enforcement hold because he’s believed to be in the United States illegally, the news release said.