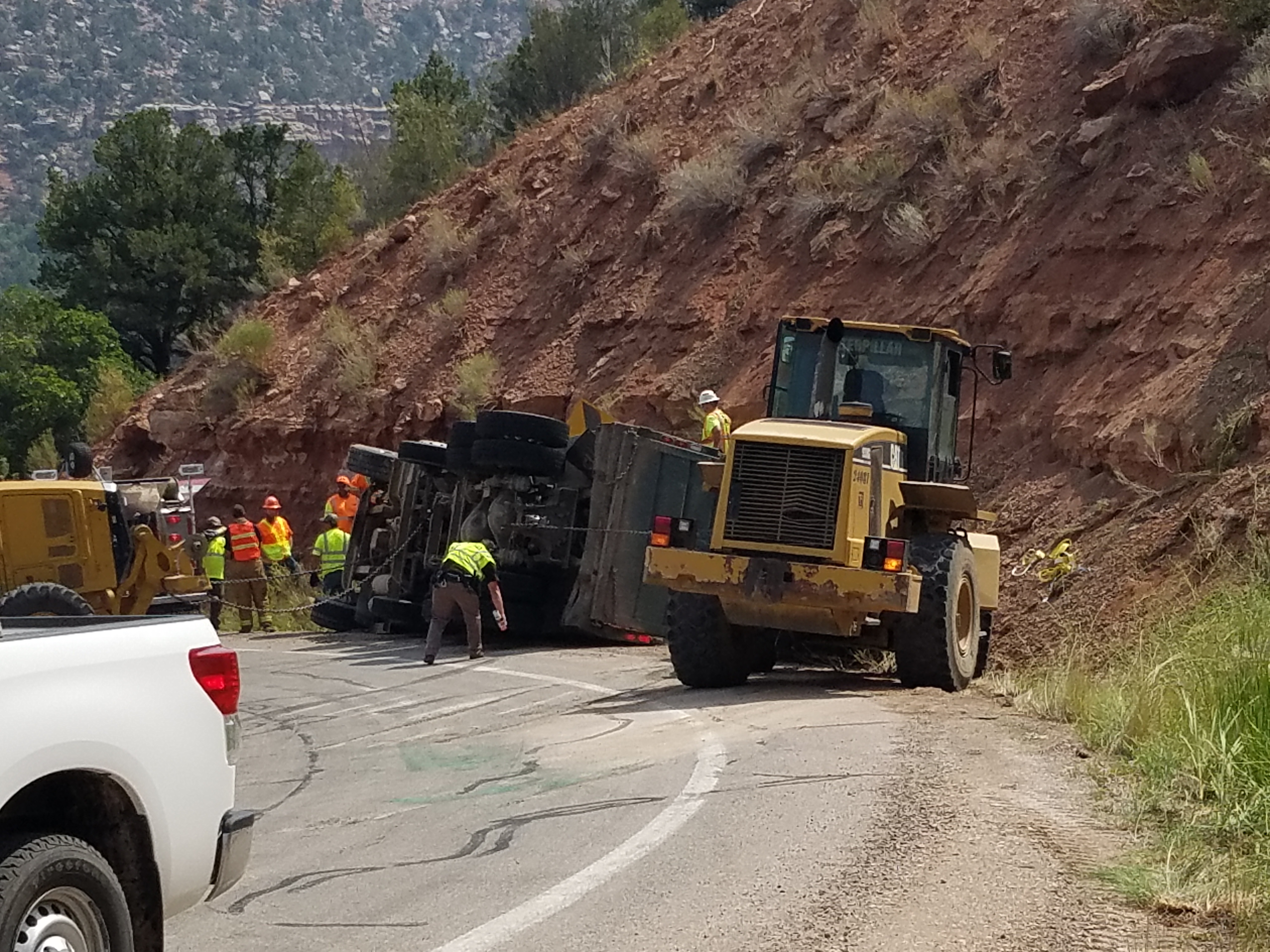 SAN JUAN COUNTY, Utah — A man from Blanding was killed in a crash on SR-46 Thursday morning after the dump truck he was driving tipped as he tried to negotiate a turn.

According to the Utah Highway Patrol, the deadly crash occurred on SR-46 at mile post 19, in San Juan County near the Colorado border, around 9:52 a.m.

Kayonnie Rodriguez, 43 of Blanding, was driving a dump truck hauling road base and traveling eastbound when he was unable to negotiate a sharp curve in the road, troopers said.

The dump truck tipped and landed on its passenger side, then slid into the bar ditch and came to a rest in the ditch and up against a hillside.

Rodriguez was killed in the crash.

Troopers are investigating speed and distraction as possible factors in the crash.