Police identify pair of motorcyclists killed in crash near Kanab 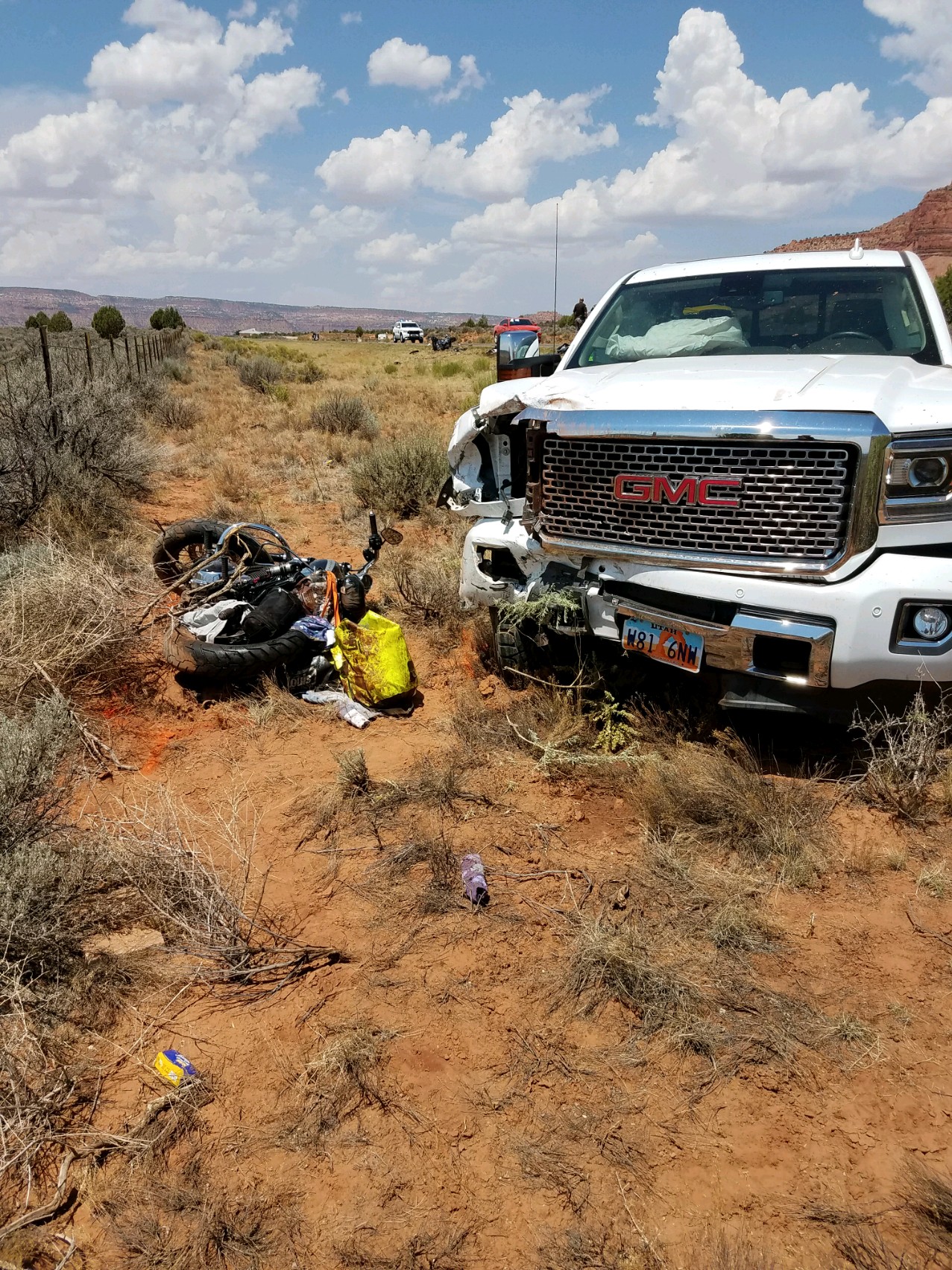 KANE COUNTY, Utah — Two people were killed and two others were injured after a crash involving a pickup truck and a group riding on motorcycles in Kane County Thursday.

Sgt. Lamar Heaton of the Utah Highway Patrol said the crash occurred on Highway 89 in Kane County around 11:30 a.m. Thursday.

Heaton said a group of about eight people riding on motorcycles were traveling on Highway 89 when a member realized he had left his bag at a restaurant in Kanab.

UHP states the man caught up with the riders at the front of the group and said he was turning back. As the rider stopped to wait for traffic to pass, three other riders stopped with him “some of them in the travel lane,” UHP stated.

A man driving a pickup truck did not see those riders in time to stop and collided with at least two of the motorcycles, which then hit the other two motorcycles.

Ingreborg Treitinger, 62 of Los Angeles, died at the scene of the crash.

Brigit Stein, 50 of Germany, died at a hospital.

A third rider was flown to Dixie Regional Medical Center in critical but stable condition.

Police say the group was traveling from Los Angeles to Sturgis, South Dakota.