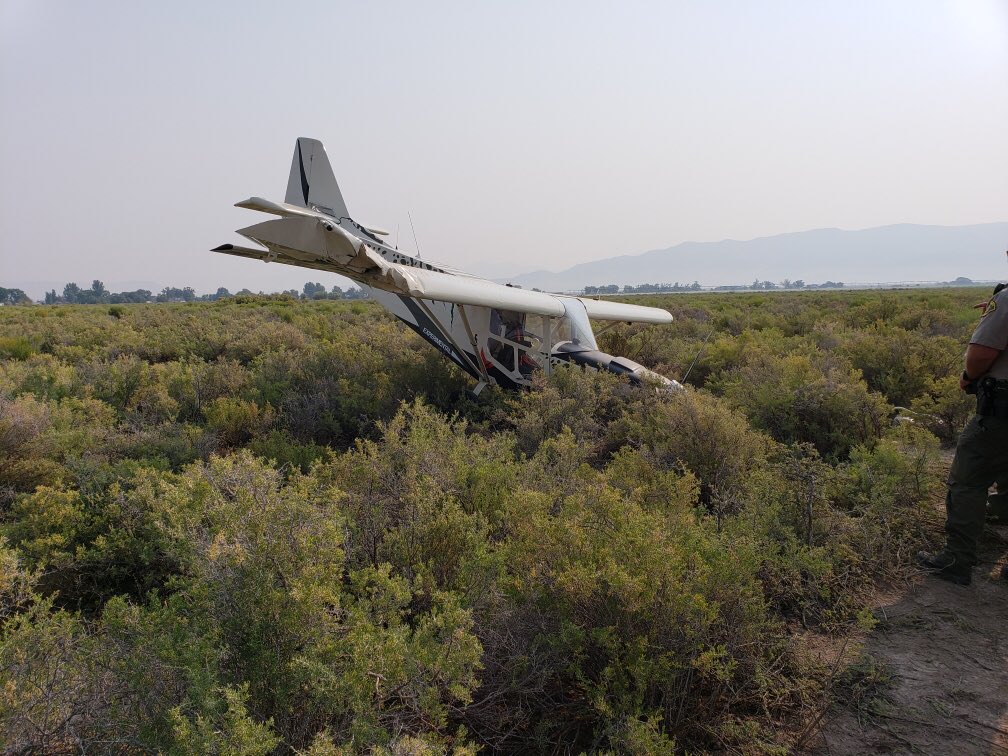 FAIRFIELD, Utah — A small plane was involved in a “hard landing” in the town of Fairfield in Utah County Sunday morning.

Sgt. Spencer Cannon with the Utah County Sheriff’s Office says the small aircraft was apparently forced to make the hard landing at 1100 North 18150 West in Fairfield, where the Camp Floyd State Park and Museum are located.

Sgt. Cannon says only the pilot was on board, and that he was not injured.

He says the plane stalled about 1000 feet short of the Fairfield airstrip and that the pilot “did well” to land the plane and walk away uninjured.

The aircraft, described as experimental but not an ultralight, had just some minor damage.

Photos tweeted by Sgt. Cannon shows the words “Sky Jeep” and “experimental” on the plane.