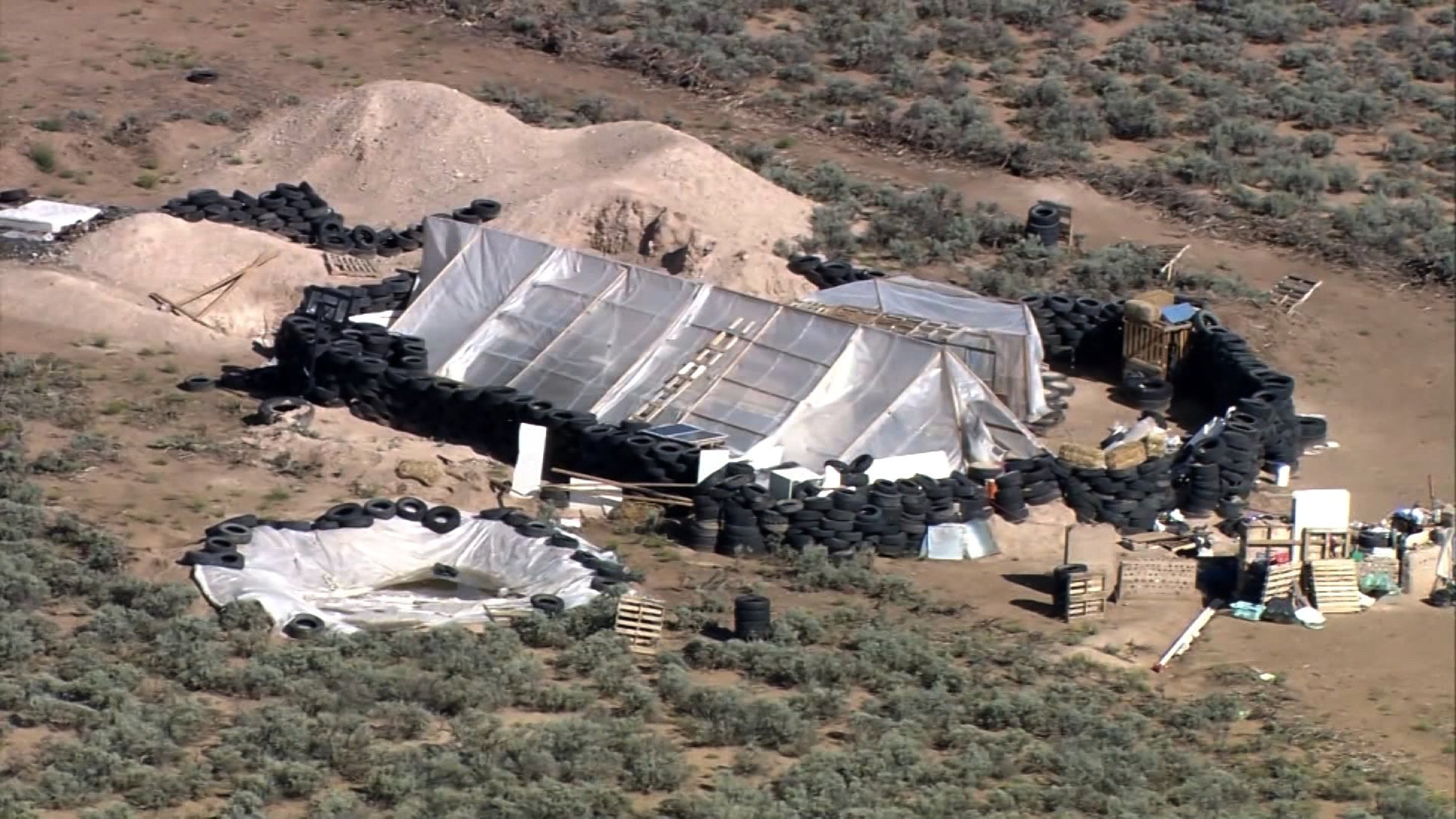 Sheriff’s investigators who having been looking for a missing Georgia boy at a compound in Taos County, New Mexico, returned to the site believing they had a good idea of where to search, the sheriff said. It is unclear whether human remains discovered during that search are those of Abdul-Ghani Wahhaj, whose fourth birthday was Monday.

The remains of a young boy were found on a New Mexico compound where 11 emaciated children were found last week, Taos County Sheriff Jerry Hogrefe said. It is unclear whether the remains discovered Monday are that of a missing Georgia boy, Abdul-Ghani Wahhaj. The sheriff said no positive identification has been made.

Hakima Ramzi said she knew her husband wanted to rid their 3-year-old son of his medical problems. But she had no idea he’d disappear with their son for nine months — only to be found across the country with 11 other children living in squalor.

Now the father, Siraj Wahhaj, is sitting in a New Mexico jail. He and four other adults are charged with the abuse of 11 children found in a filthy, makeshift compound.

But Wahhaj’s son Abdul-Ghani is still nowhere to be found. No one knows where he celebrated his fourth birthday on Monday.

“I haven’t seen my son in nine months,” Ramzi said on Tuesday.

“My husband said he was taking Abdul-Ghani to the park, and didn’t come back. That was in November 2017. When I would ask him where he was, he said he was on his way, he was coming soon, he was just keeping him for the night. But I haven’t seen him since then.”

An arrest warrant affidavit for Wahhaj said the mother claimed Wahhaj “wanted to perform an exorcism” on the child because he believed Abdul-Ghani was possessed by the devil.

But Ramzi clarified to CNN that her husband said he was planning to perform a ruqya — an Islamic practice involving prayer that is believed to help rid a body of illness.

“It’s not an exorcism. That was a translation issue in the court,” Ramzi said. Wahhaj “just wanted to pray for Abdul-Ghani to get better.”

Wahhaj was arrested in New Mexico last week along with his sisters Hujrah Wahhaj and Subhannah Wahhaj. Two other adults — Lucas Morten and Jany Leveille — also are accused of keeping 11 children in an underground trailer with virtually no food or water.

But, so far, authorities say, none of the suspects are talking about Abdul-Ghani’s whereabouts.

Wahhaj is the son of a prominent and controversial New York imam of the same name: Siraj Wahhaj.

The imam was the first Muslim to offer an opening prayer before the US House of Representatives, the Muslim Alliance in North America said. He was also a character witness for convicted 1993 World Trade Center bombing mastermind Omar Abdel-Rahman.

In a January Facebook post, Imam Siraj Wahhaj called for the safe return of his three children and 12 grandchildren.

On Tuesday, Imam Siraj Wahhaj said his son and two of the women arrested — Hujrah and Subhannah Wahhaj — are his children.

“I want to first express my gratitude for law enforcement for helping to locate my family,” the elder Wahhaj said. “We have been working together since my grandson, Abdul-Ghani was taken. … My immediate concern is the safe return of Abdul-Ghani to his mother.”

The father was spotted on his way to New Mexico

In December, days after Abdul-Ghani’s mother reported him missing, Wahhaj was involved in an accident in Alabama, according a police report. The SUV contained seven children — but none of the children was listed with Abdul’s date of birth.

The SUV was registered to Leveille, who was also in the vehicle. She would later become one of the five adults arrested at the compound in New Mexico.

But, at the time, Alabama police didn’t hold the group after the traffic accident. The group told police they were headed to New Mexico to go camping, and continued on their way.

Even though young Abdul was reported missing, there was no child abduction warrant against Wahhaj because he was married to his son’s mother — meaning they both had equal custody of the boy, Clayton County police said.

But a juvenile court judge eventually issued an arrest warrant to question Wahhaj after he failed to let the mother know where Abdul was.

The three Wahhaj siblings, Leveille and Morten eventually gathered in the remote New Mexico community of Amalia. There, they kept 11 children in squalid conditions.

“The only food we saw were a few potatoes and a box of rice in the filthy trailer,” Taos County Sheriff Jerry Hogrefe said.

His officers helped execute a search warrant on the compound after receiving a message apparently forwarded from someone at the compound: “We are starving and need food and water.”

He said the children looked like “Third-World country refugees” with no fresh water, no shoes, “and basically dirty rags” for clothing.

“We all gave the kids our water and what snacks we had — it was the saddest living conditions and poverty I have seen,” Hogrefe said.

The children were taken into protective custody and later turned over to the New Mexico Children Youth and Families Department.

The sheriff’s office said both men initially refused to follow verbal orders, and Wahhaj was “heavily armed with an AR15 rifle, five loaded 30-round magazines, and four loaded pistols, including one in his pocket when he was taken down.”

In addition to the 11 counts of child abuse faced by all the adults, Morten was charged with harboring a fugitive.

Now the big concern is finding Abdul-Ghani, who needs daily medication, his mother said. She asks anyone with information to call Clayton County police.