UPDATE: Police confirmed Monday morning that a man was found deceased inside of a home that caught fire in Cedar City Sunday.

Police say the man’s body was found as crews were in the process of removing rubble at the scene of the fire.

“Investigators found evidence that suggests the male subject died from an apparent suicide,” police stated in a press release.

The deceased will be sent to a medical examiner for identification and for the official cause of death.

The fire in the home was extinguished, and several other homes nearby were threatened by the blaze.

Fox 13 News does not generally cover incidents of apparent suicide unless there is a broader impact to the public, such as a structure fire.

When firefighters arrived, the home in the 2200 north block of Red Cedar Circle was so engulfed in flames the decision was made to go into a defensive mode.

Officers attempted to make contact at the home, but did not receive any response, so gas and power to the home was shut off.

Five homes to the north and south were threatened.

Those homes were evacuated and firefighters protected them while letting the first home burn and keeping the fire from spreading.

The homes are no longer in danger.  The original fire has been knocked down and crews were mopping up hot spots.

In a news release sent after 8 p.m. Sunday,  Sgt. Pollock said there were no known injuries and that the fire department was still suppressing the fire.

He said it is an active investigation.

A post on the Cedar City Police Department Facebook page urges people to stay away from the area. 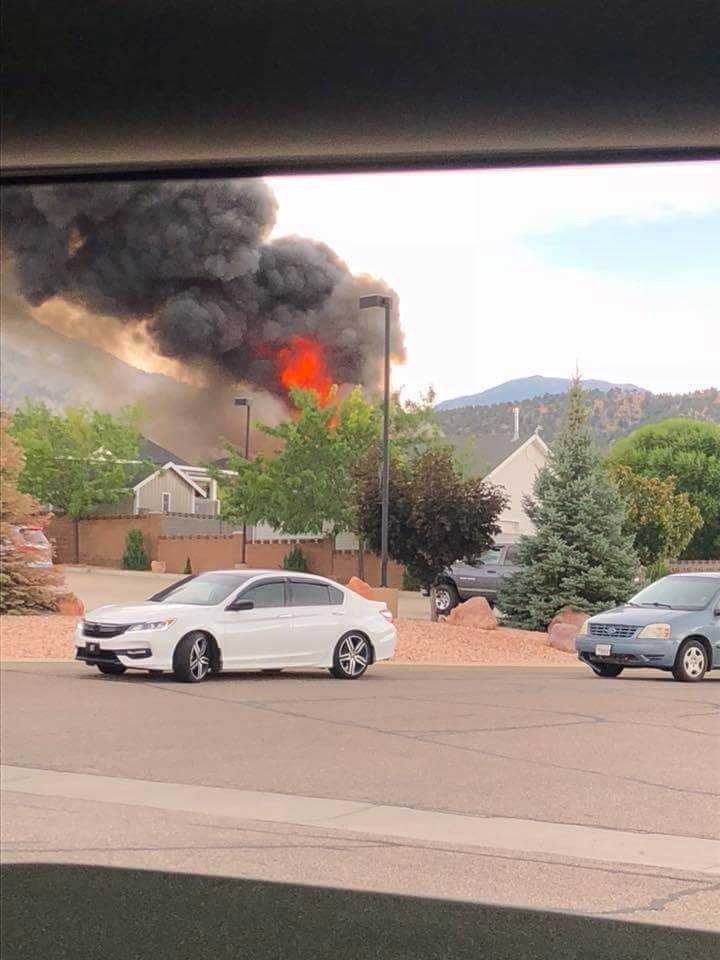