GRANTSVILLE, Utah — Crews saved two cats after a fire in Grantsville Tuesday that was believed to be started by a lawnmower.

According to First Assistant Fire Chief Travis Daniels with the Grantsville Fire Department, the fire started at about 3:40 p.m. near 600 Bronco St.

Daniels said a resident had put his lawnmower into the shed after using it and went to take a shower.

Soon after, two neighbors banged on the man’s door and alerted him that his home was on fire.

The man got out of the home, but Daniels said two cats were still trapped inside.

Responding firefighters were able to get the fire under control and rescued the two animals successfully.

Daniels said the fire was contained to the attic, but water damage was extensive throughout the home.

Pictures of the fire can be seen below: 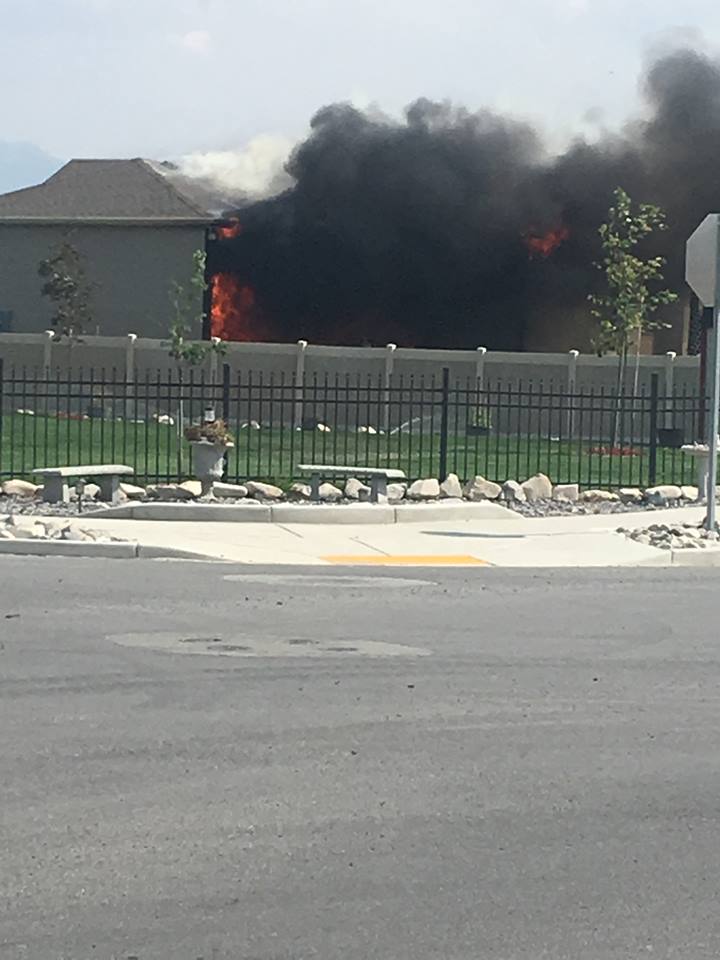