RIVERTON, Utah — The owners of a vape shop in Riverton credit their security glass for thwarting a burglary attempt last week.

A Facebook post from Vapor Craziness said a man tried to shoot out the front window of the store shortly after 6 a.m. on August 15.

"We do know that he used some kind of high powered air rifle to break the glass," the Facebook post said.

The shop's owners said a vinyl wrap and safety film on the window kept the shots from going all the way through, and it also held the broken glass together.

"It was kind of shocking. We've been in business here in Riverton for five years and we've never had anything like this happen. It is frustrating when people do something like that because, I mean, we are a small business and the cost of that window definitely digs into our budget," said Riley Farr, Vapor Craziness co-owner.

The gunshots can be heard in security camera footage of the incident (above) and the broken window is seen in photos provided by Vapor Craziness (below).

Anyone with information on the shooter is urged to call Unified Police at 801-743-7000. 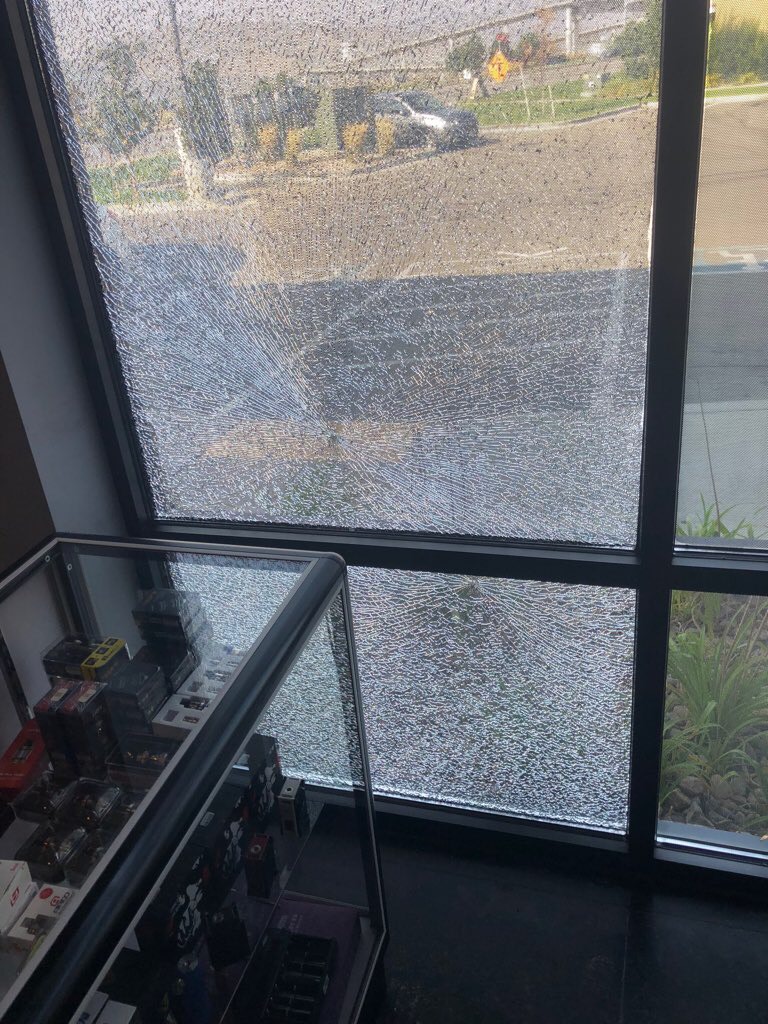