BOX ELDER COUNTY, Utah — A human case of the West Nile Virus was reported in Box Elder County, after 16 sampled mosquito “pools” came back positive for the virus.

According to a Facebook post made by the Box Elder Mosquito Abatement District, the human case of the virus was reported by the Bear River Health Department.

“We want the county to be aware that September has shown to be a very active month for West Nile Virus,” the abatement district wrote. “Please continue to take precautions.”

The abatement district said that the Utah State Public Health Laboratory reported that two additional pools in Box Elder County had tested positive for West Nile. The new positive results came from a test pool in Brigham City, and another came from the intersection of 7200 N and 6800 W near Elwood.

“We have now had 16 positive pools in Box Elder County this year,” the abatement district said. “The virus has been confirmed in 10 different traps by those 16 separate pools, but it is possible that the virus could be more widespread at this point.”

The abatement district released a photo of how to recognize symptoms of West Nile Virus: 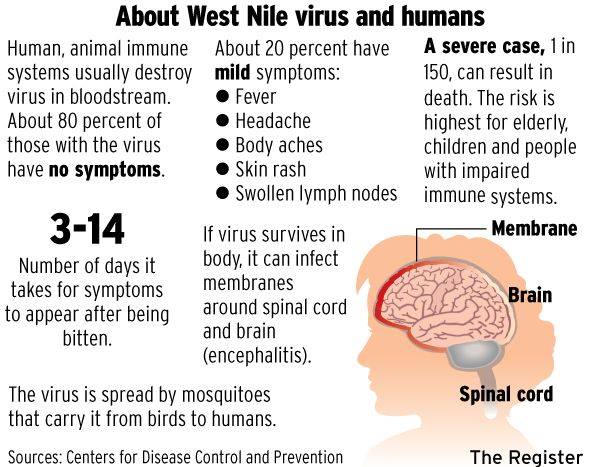