Person of interest arrested after UTA bus, semi hit by gunfire on US-89 in Davis County

DAVIS COUNTY, Utah -- A person of interest was taken into custody after a UTA bus and a semi were hit by gunfire on US-89 in Davis County Monday morning.

Sgt. Brady Zaugg of the Utah Highway Patrol said they were called about shots fired around 5:15 a.m. Monday on US-89 near Green Road in Fruit Heights.

At least one shot struck a UTA bus, which had nine passengers on board at the time, according to the Davis County Sheriff's Office.

Zaugg said they later learned a semi hauling double tankers loaded with concrete dust was also struck while in that same area around the same time, but the driver did not realize the semi had been hit until reaching his or her destination.

There were no injuries reported in either vehicle.

According to Ty Berger, Chief Deputy of the Davis County Sheriff's Office, a person of interest was arrested in connection with the shooting Monday afternoon.

Berger said the person was taken into custody for public intoxication, but was the resident of a basement apartment where police served a search warrant in connection with the shooting.

The person of interest who allegedly shot at the bus and truck was not targeting the two vehicles, but was shooting in a nearby peach orchard, and most likely did not know that the bullets were traveling that far, Berger said.

Sheriff's officials did not release the identity of the person they had arrested. 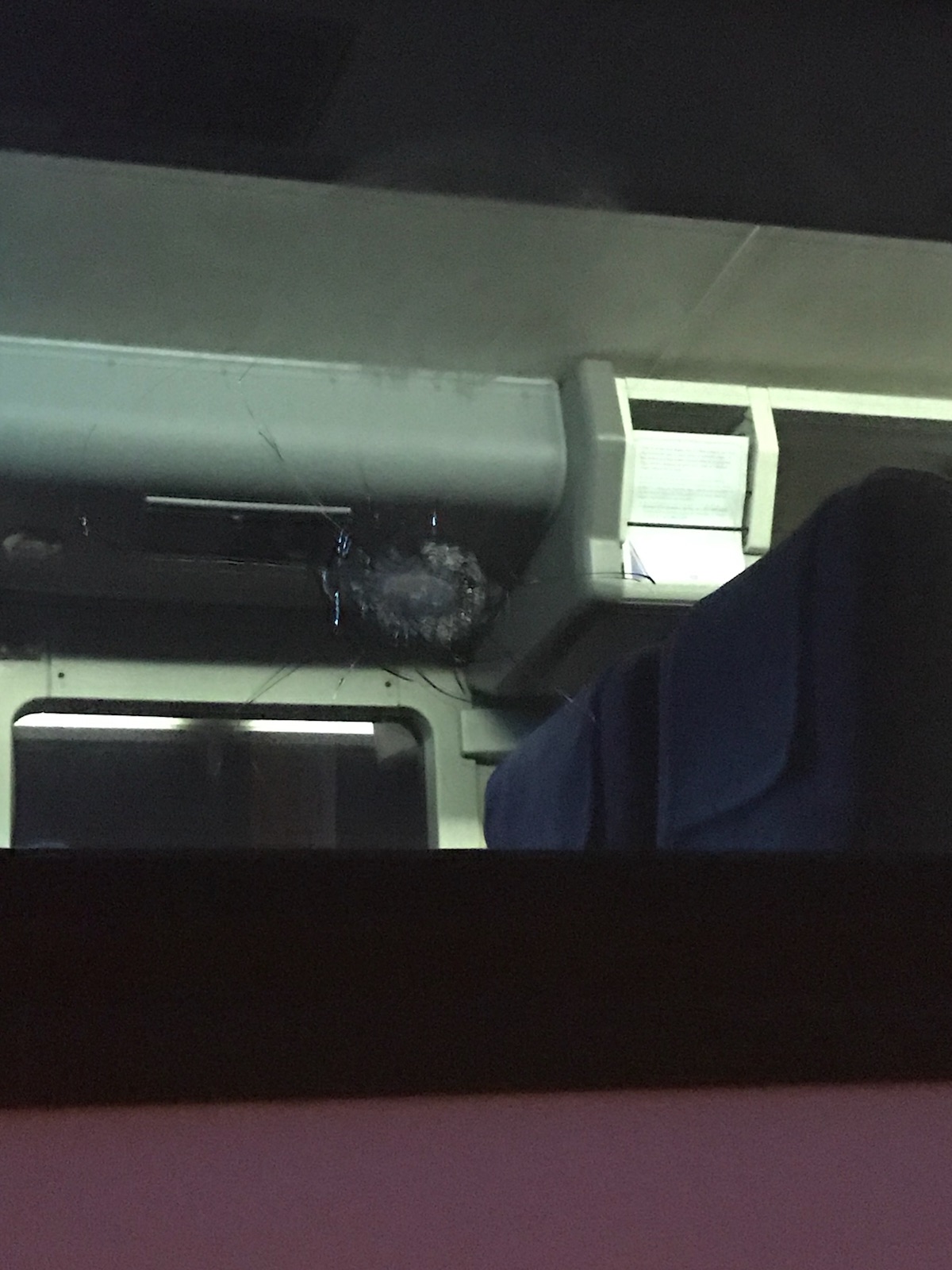