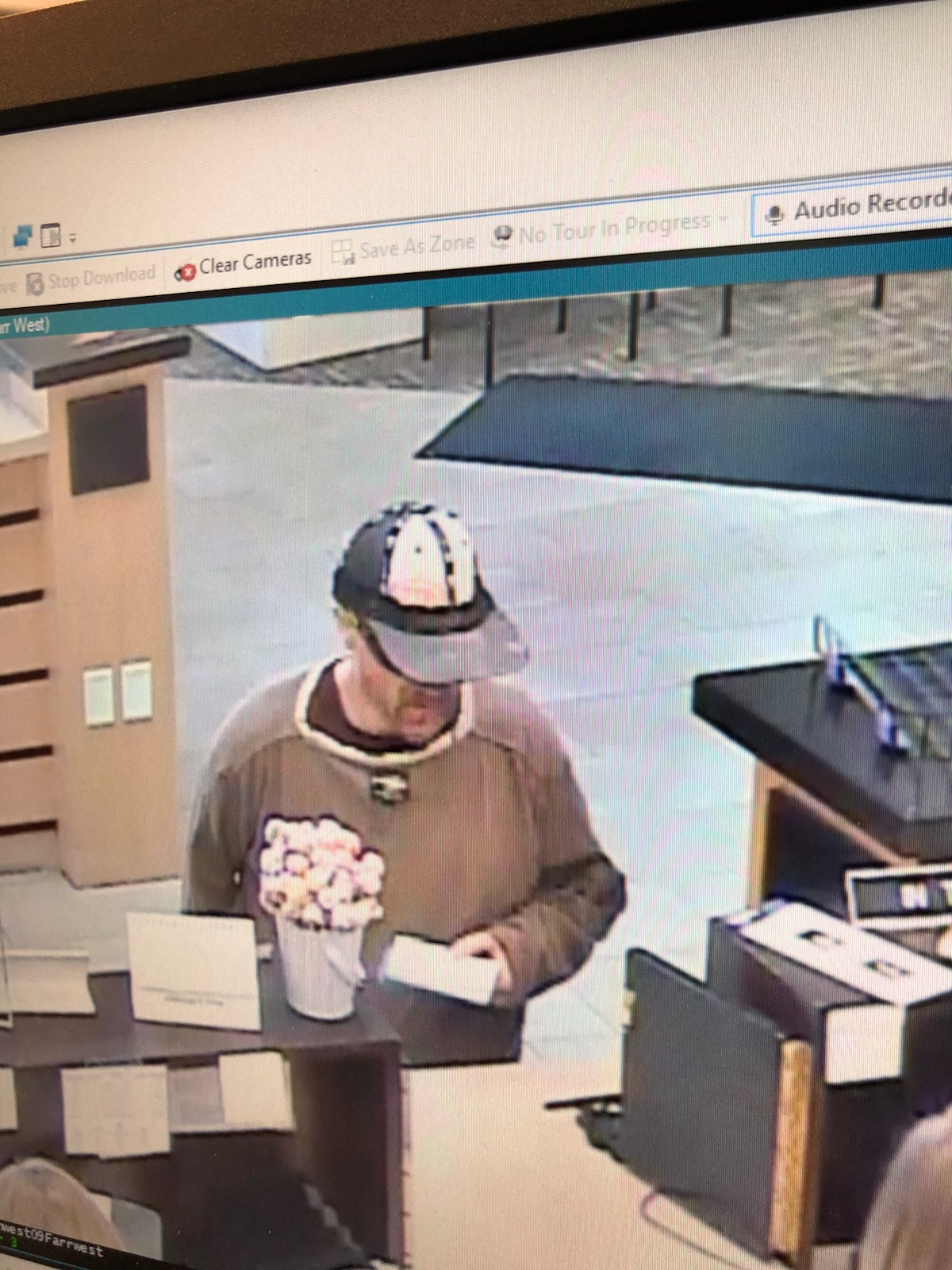 On Friday, the Weber County Sheriff’s Office identified the suspect as Nathan Dale Morris, and said he is also a suspect in a robbery in Roy on August 24.

The 39-year-old Morris of Ogden has not been located, and a Second District Court Judge signed a second-degree felony arrest warrant for Morris Friday afternoon.

Investigators also released a surveillance photo of the vehicle believed to have been used in both robberies.

According to Lt. Matt Jensen with the Weber County Sheriff’s Office, the man walked into the Farr West credit union and handed a note to a teller demanding money “so no one would get hurt.”

He did the same at the Weber State Credit Union in Roy.

Morris was wearing a long sleeve brown shirt and a hat that were both turned inside out.

Police warn that Morris may be armed and dangerous and should not be approached.  Instead call 911 if you see him.

If you have any information about these robberies, call the Weber County Sheriff’s Office dispatch at 801-629-8221.