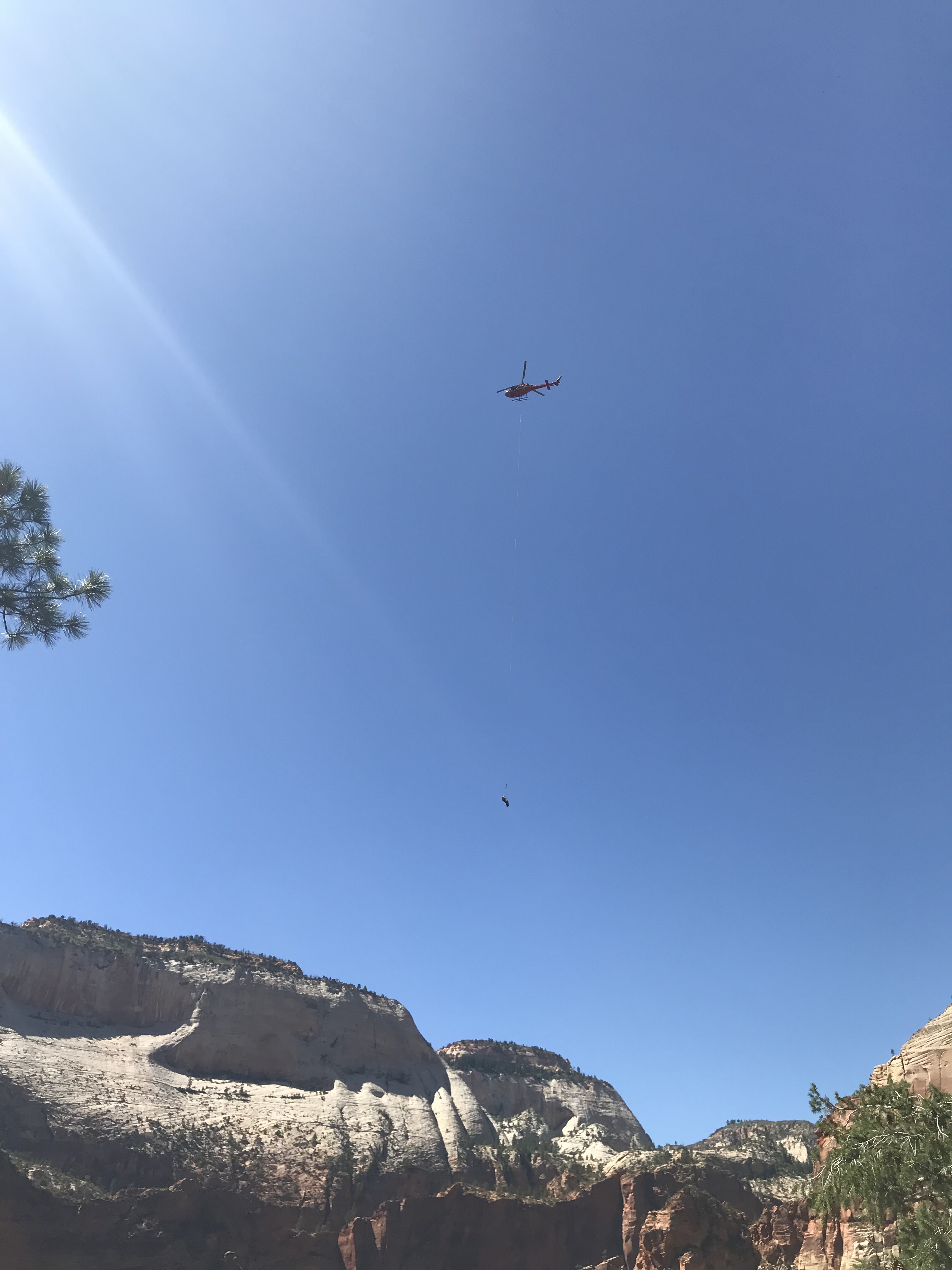 Nine visitors were temporarily trapped behind the rockfall, but no one was injured, according to a news release from the park.

Zion’s Search and Rescue team, along with the help of the Grand Canyon helicopter crew, short hauled the nine visitors safely out of the canyon.

Short hauling is the process of transporting one or more persons suspended below a helicopter.

Hidden Canyon Trail will remain closed for at least a week while staff monitor the area for additional slides.