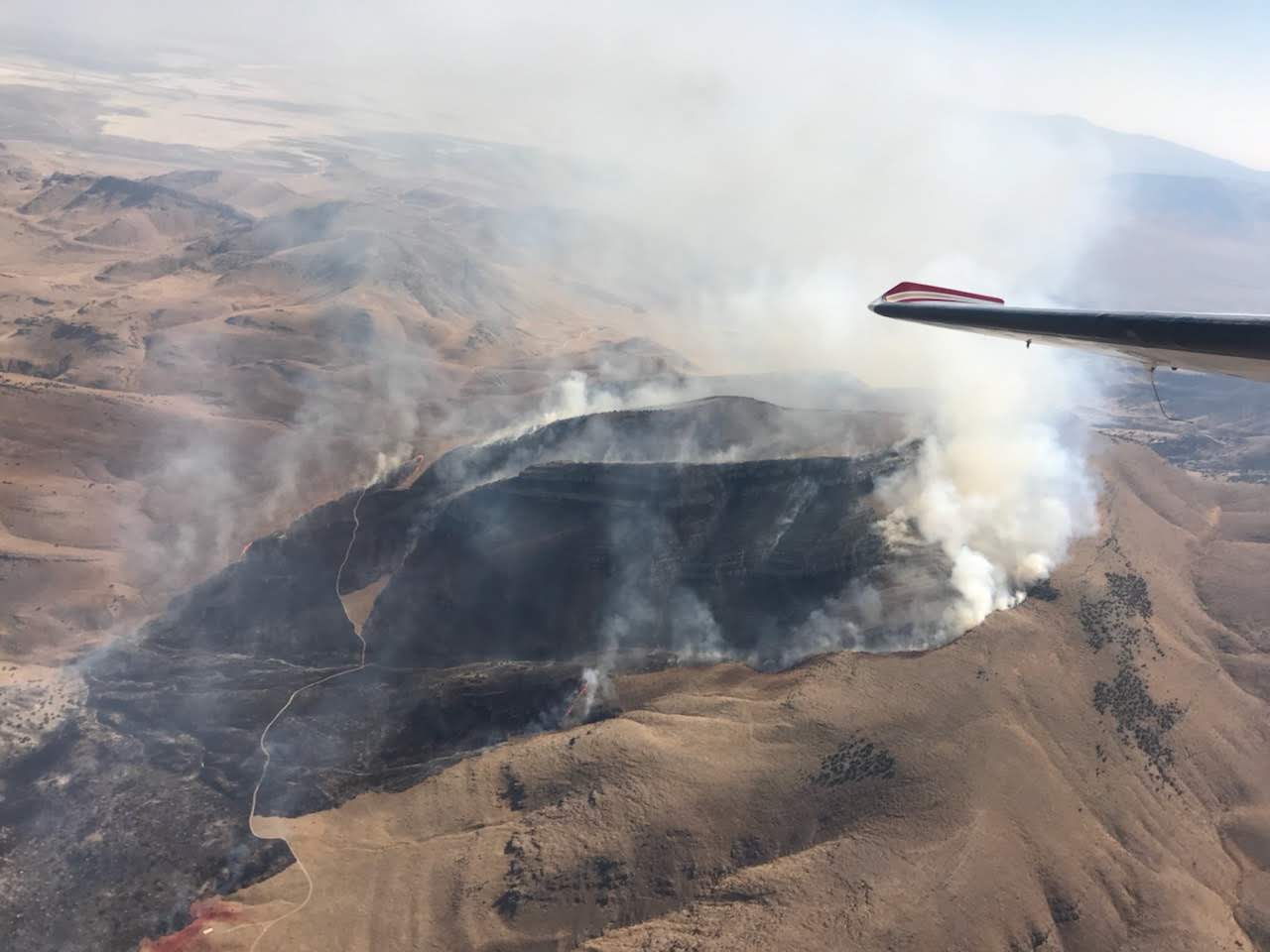 TOOELE COUNTY, Utah – Fire crews in Tooele County have contained 50 percent of a 9,900-acre fire that appeared to have been caused by recreational target shooting.

Walton said the initial responders to the incident were Grantsville and Tooele Fire Departments and the Bureau of Land Management (BLM), but the BLM withdrew their support because the fire was within five miles of US Magnesium.

Walton said when he arrived on the scene, the fire was burning roughly 20 acres. By the time it grew dark Saturday night, it had burned around 1,800 acres.

Sunday morning Walton estimated the fire was burning 3,800 acres. Without the support of the BLM, local fire departments struggled to contain the fire. Thankfully, Walton said, there are lots of roads in the area that helped to contain the fire, which burned very fast because of short grasses.

Walton said the magnesium fumes prevented local fire departments from doing as much as they would have liked.

As of Sunday night, the fire had burned 9,900 acres and was 50 percent contained. Walton anticipates less smoke Monday morning and said fire departments will mostly be monitoring the fire, letting it burn out on its own.

As for the accidental fire starters, Walton said charges have not yet been filed, but the state of Utah will try to prove negligence.

The area where the fire burned is a popular recreational target shooting location, Walton said.