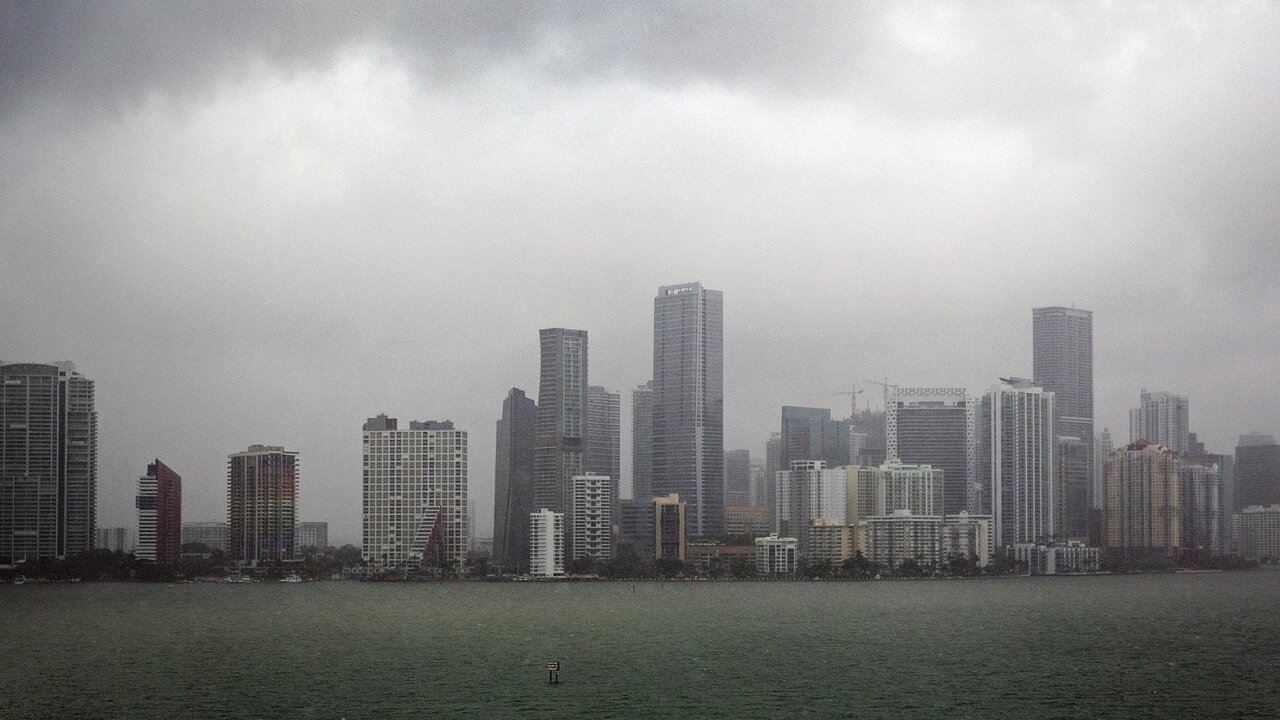 Tropical Storm Gordon is expected to smack the Gulf Coast on Tuesday night — possibly as a hurricane — and could bring life-threatening storm surge to low-lying coastal areas in Louisiana, Mississippi and Alabama, forecasters said.

Seawater could spill onshore as high as 3 to 5 feet, spelling significant trouble for roads and towns along the coast.

“If you are less than 3 to 5 feet above sea level (in the warning area), you need to get away from that water, especially up those rivers, because that’s where that water will be going,” CNN meteorologist Chad Myers said Tuesday morning.

After marching up from the Florida Keys and lashing South Florida on Monday with rain, Gordon was centered Tuesday morning over the Gulf of Mexico, about 190 miles east-southeast of the Mississippi River’s mouth, with maximum sustained winds of 65 mph.

Gordon is expected to strengthen into a hurricane, with sustained winds of at least 74 mph, before it reaches the north central Gulf Coast late Tuesday, the National Hurricane Center said.

But tropical storm conditions — winds of at least 39 mph — could hit the Gulf Coast as early as Tuesday afternoon.

Schools in parts of coastal Louisiana, Alabama, Florida and Mississippi were closed Tuesday, and others announced they would open for only part of their normal day.

Gordon could drop heavy rain — generally 4 to 8 inches, but as many as 12 — from Florida’s western panhandle to southern Arkansas through Thursday, the National Hurricane Center said.

Floodgates close near New Orleans
Across the region, governments and residents are making preparations.

In coastal Mississippi’s Jackson County, people filled bags with sand at government distribution points Monday, intending to line their homes with them to avert flooding.

Among them was Jose Rivera, who moved from Puerto Rico to Mississippi after Hurricane Maria devastated the island last year, CNN affiliate WLOX reported.

Rivera said he is worried about Gordon.

“He said he doesn’t want the same thing that happened in Puerto Rico over here,” Rivera’s grandson, translating from Spanish, told the station.

The city expects to feel the storm’s impact beginning late Tuesday and continuing through Wednesday, she said. City Hall and government offices will close Tuesday for nonessential employees.

In anticipation of heavy rains, the Flood Protection Authority-East (FPA) closed 38 floodgates, 13 valve gates and a concrete barge gate on the Lake Borgne Surge Barrier near New Orleans, according to a news release. Another seven floodgates and the Caernarvon Sector Gate were set to be closed Tuesday.

The gates are in Orleans and St. Bernard parishes, primarily along the Industrial Canal and susceptible to high-tide conditions if not closed, the city said. Levee overtopping and breaches at these locations in 2005 led to devastating flooding from Hurricane Katrina in New Orleans’ Lower 9th Ward, the city’s eastern swath and in St. Bernard Parish.

As of Monday night, the FPA did not anticipate that three pump stations and closure structures at Lake Pontchartrain would be activated but was is prepared to do so if the forecast changes and water levels reach key thresholds, according to the press release.

“We’re asking people to do the same things that we’re doing: prepare,” Biloxi Mayor Andrew “FoFo” Gilich said in a statement. “There’s no reason to be alarmed. We’re being told to expect rain and wind, and we’re preparing accordingly. We expect our citizens to be doing the same.”

Airlines including Delta, Southwest and Frontier warned that delays and flight cancellations are possible at airports near the Gulf Coast because of the storm, and that they may waive fees for itinerary changes.

Warnings in effect
A hurricane warning was in effect Tuesday morning for all of coastal Mississippi and Alabama, with a tropical storm warning reaching to Morgan City, Louisiana, and Florida’s Okaloosa-Walton county line.

A storm surge warning was in effect for the area between Shell Beach, Louisiana, and Dauphin Island, Alabama, with predicted heights of up to 3 to 5 feet if the peak surge coincides with high tide. A storm surge watch spread west to the mouth of the Mississippi River in Louisiana, and east to Navarre, Florida.

Tornadoes also are possible through Tuesday night near the Mississippi, Alabama and Florida coasts, the NHC said.