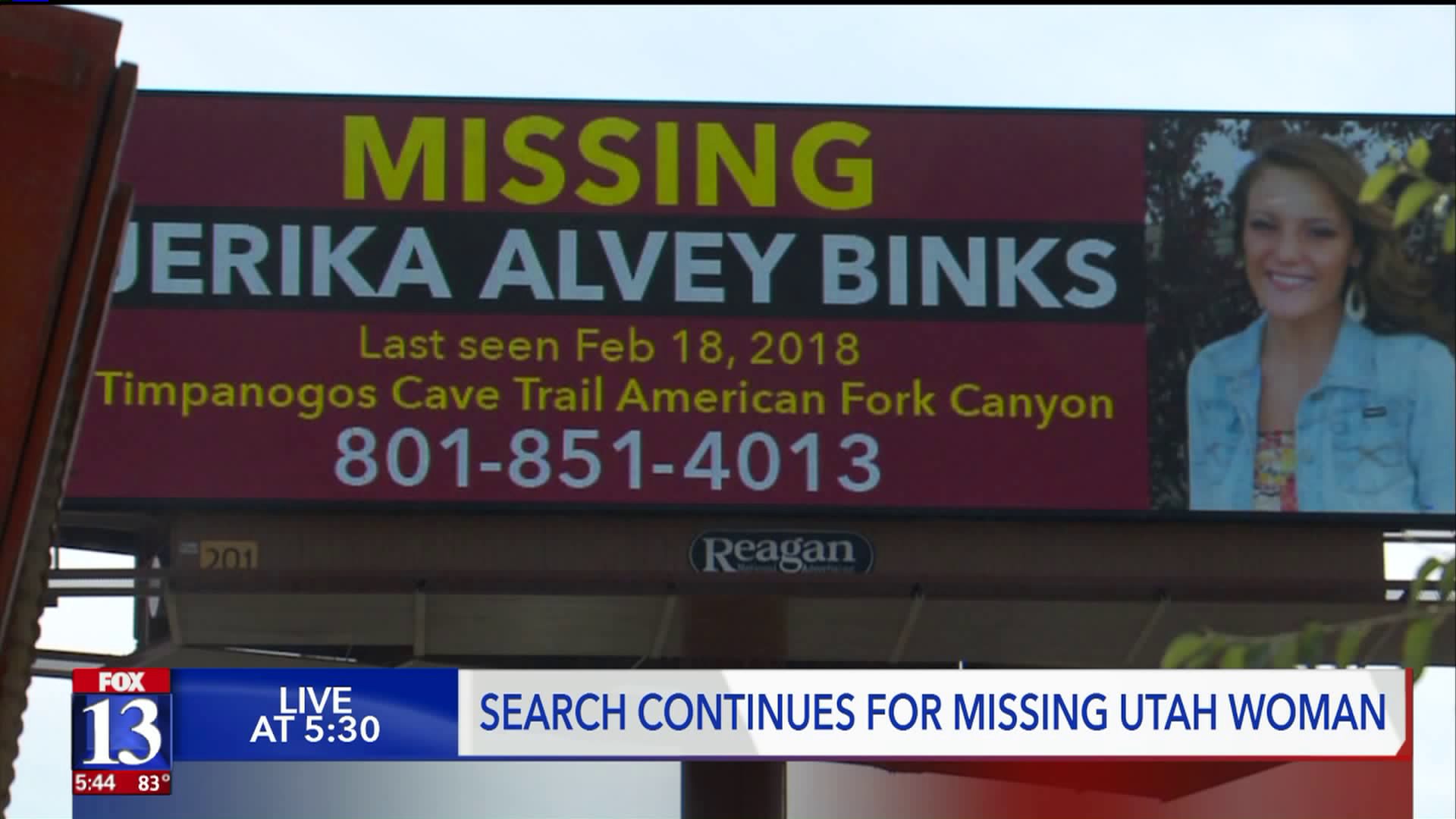 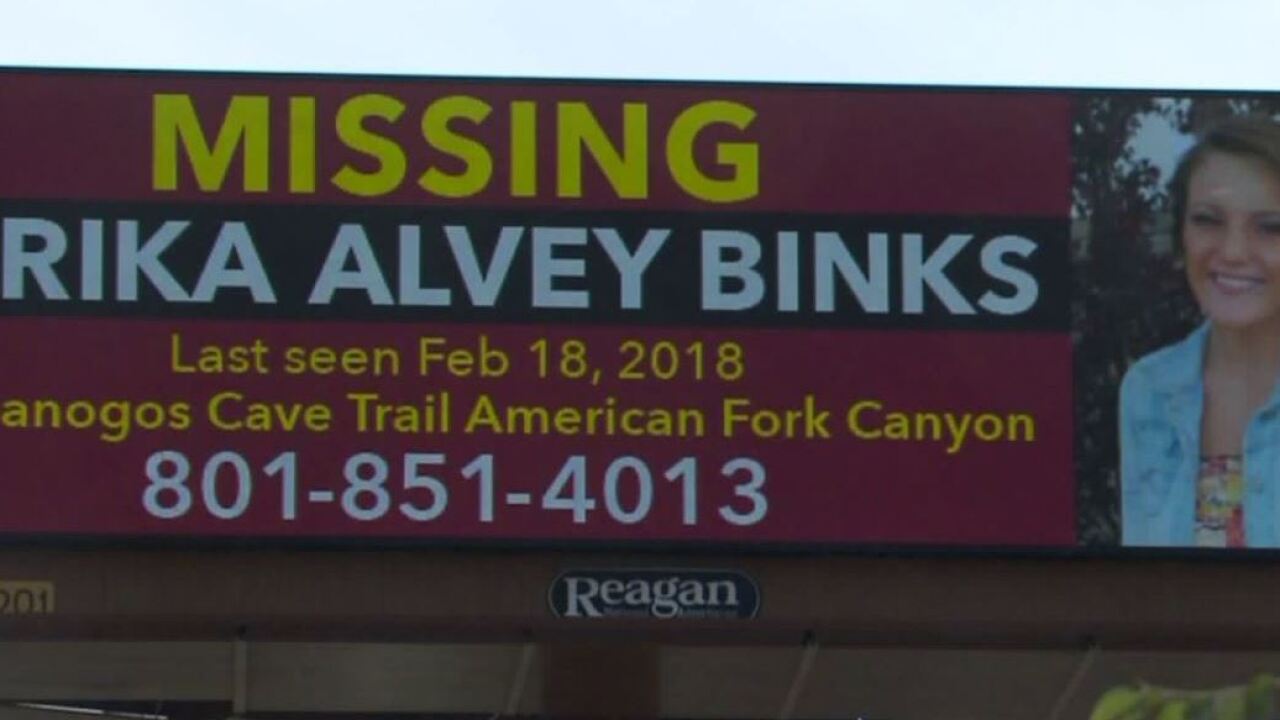 AMERICAN FORK CANYON, Utah – It’s been more than six months since Jerika Binks disappeared. On Tuesday, her mother spoke exclusively to Fox 13 about the latest effort to keep her daughter's case in the spotlight.

“I have been very frustrated and worried,” said Suzanne Westring.

Jerika Binks was last seen February 18. She was staying at a residential treatment center in American Fork and told a roommate she was going for a run.

“Her ID, her bank card, her debit card everything was left,” said Westring. “The only thing she had on her was what she was wearing and her cell phone, AirPods and a water.”

Westring says she spoke to Jerika the day before she vanished. The two planned to go car shopping. But when the treatment center called and said Jerika never returned, she knew something was wrong.

“Foul play is the only answer that Jerika has not returned.”

Westering is hoping billboards along I-15 in Utah and Salt Lake County can generate some leads. She is grateful Reagan Outdoor Advertising Company paid for them to get the word out.

“I just need to find that one person that has the information that will lead us to Jerika," Westring said.

New evidence into Jerika's disappearance surfaced in May. Images captured by a wildlife camera show Jerika running down the National Timpanogos Cave Trail and up American Fork Canyon on February 18th around 1:30 p.m.

Westring says a cell phone ping registered in Saratoga Springs around that same time as she headed up the canyon. The family believes she may have accessed the trail elsewhere.

“If anyone can still look at their security footage. We know the trail she took. There’s many homes with cameras that they could still possibly find.”

The family says they are not giving up. On Facebook, they’ve posted a video encouraging others to share it and show their support with the #ALLOURHEARTSFORJERIKA hashtag.

June 16 would have been Jerika’s 25th birthday. Her family doesn’t want to spend another one without her. They’re pleading with the public to come forward with any information.

There is a $10,000 reward offered by the family, Fast Gas Convenience stores and an anonymous donor.

Westring says support from the community has strengthened her and she’s been touched by the outpouring of love.