UTAH COUNTY, Utah — A man was rushed to the hospital via helicopter Thursday after being thrown 75 feet from his motorcycle following an accident.

According to the Utah Highway Patrol (UHP), the crash occurred on SR-189 Thursday at around 6:19 a.m.

UHP said a silver Volkswagen Beetle was traveling south on SR-189 in the left turn lane, preparing to make a left turn. A silver Yamaha motorcycle, driven by a 56-year-old man, traveling north on SR-189 hit the front of the beetle while it was trying to turn.

As a result of hitting the car, the driver of the motorcycle was thrown approximately 75 feet.

“A UHP Sergeant was on a traffic stop on the roadway the Beetle was attempting to turn onto,” UHP officials said. “He heard the crash behind him on SR-189 and was able to immediately respond.”

The driver of the motorcycle was flown by helicopter to an area hospital in stable condition. He was wearing a helmet, gloves and a protective jacket, UHP said. The driver of the beetle, identified as a 41-year-old female, was not injured in the accident.

Photos of the crash can be seen below: 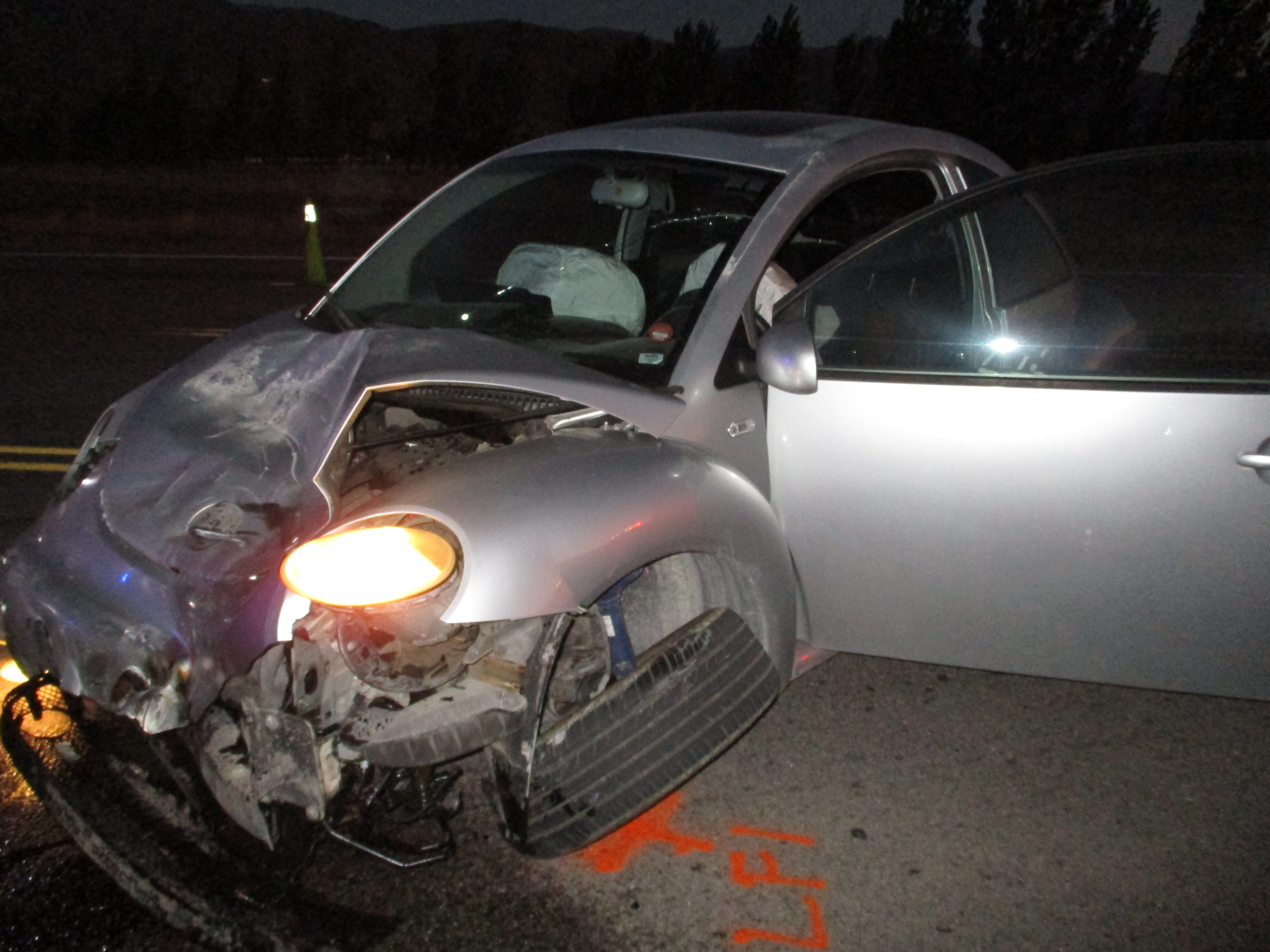