Officials with the Utah Highway Patrol (UHP) said that a "car hauler semi" driving on I-15 northbound experienced a mechanical failure at around 8:00 a.m., causing the trailer to catch on fire.

The driver separated the tractor from the trailer and was able to move it away from the fire.

The trailer and the six cars it was carrying were destroyed in the fire, UHP said. The fire spread from the road to an adjacent hillside, but winds kept the fire contained, and crews were able to keep the blaze from spreading. Approximately 15 acres were burned.

"Both Northbound lanes were closed from 8:00 until 9:30, at which point the left lane was reopened," UHP wrote. "Fire crews are still on scene mopping up the hot spots. As of 4:30 pm the right lane remained closed, it is unknown when it will reopen."

Photos of the incident can be seen below: 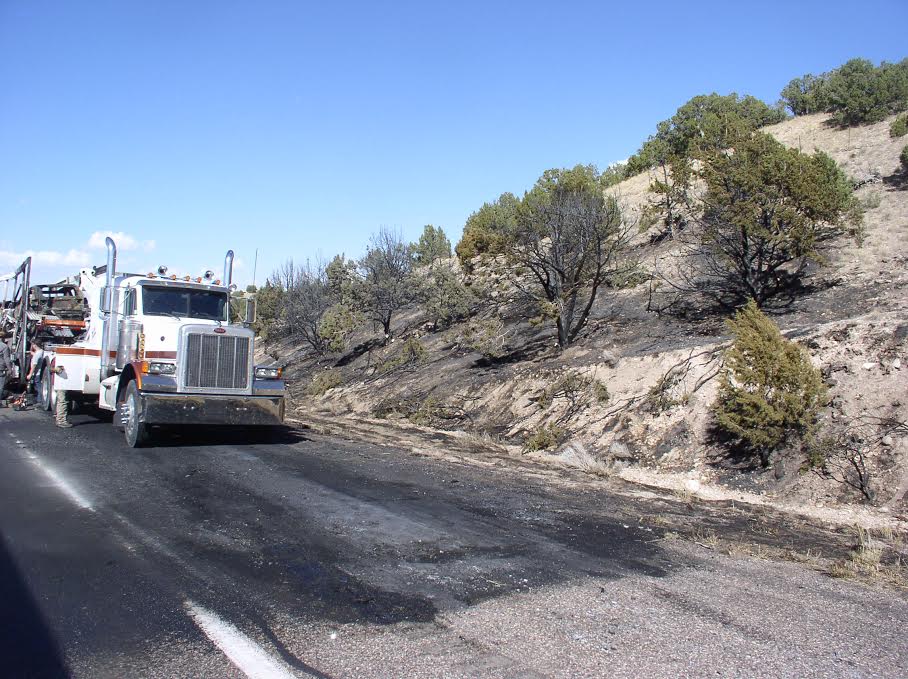