According to a Facebook post made by Payson Fire Rescue, Engine 94, Truck 91 and Ambulance 91 responded to the incident.

According to Sgt. Noemi Sandoval with the Payson Police Department, a husband and wife were on their way to Delta, Utah when they noticed smoke coming out of the trailer.

The wife, who was driving at the time, was able to pull over in the parking lot, and was able to get her husband and dog out of the motorhome just in time, Sandoval said.

The motorhome was a total loss following the fire, Sandoval said.

“While our page has focused on the Bald Mountain Fire the last week, which we have committed 5 pieces of apparatus and 13 firefighters to for 24 hours a day the last 10 days, we still have calls here in town,” the post stated.

It was unclear at the time of this report what caused the fire or if anyone was injured during the incident. 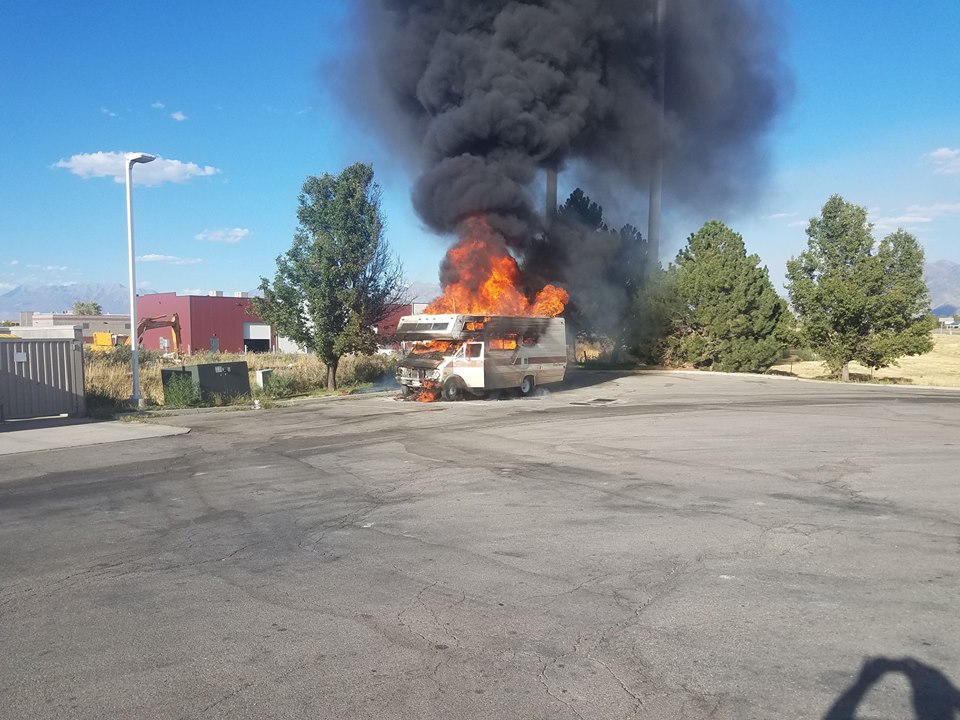