MILLCREEK, Utah -- A local photographer was shocked and saddened after her custom van and equipment were stolen in Millcreek Friday night.

Savannah Cummins, who has shot photos for North Face, Black Diamond, Patagonia and other magazines, says her 2014 Dodge Ram Promaster was stolen from her parent's driveway near 1100 E. 3300 S.

Cummins and her father built the van two and a half years ago so she could pursue her photography career.

"I've never had anything stolen like this before," Cummins said. "This van is really special to me, especially because my dad and I built it out."

Cummins said a spare key was taken from her boyfriend's vehicle, which was used to steal the van.

The van has three solar panels and a fan on top of it and has a custom sliding window on its side door. It also has two noticeable dents on the driver's side from past hit-and-run accidents.

"Those things [that were stolen] are really special to my heart," Cummins said.

Anyone who sees the van or has information on its whereabouts can contact the Unified Police Department at (801) 743-7000.

More info on Cummins and her work can be found here.

Photos of the van can be seen below: 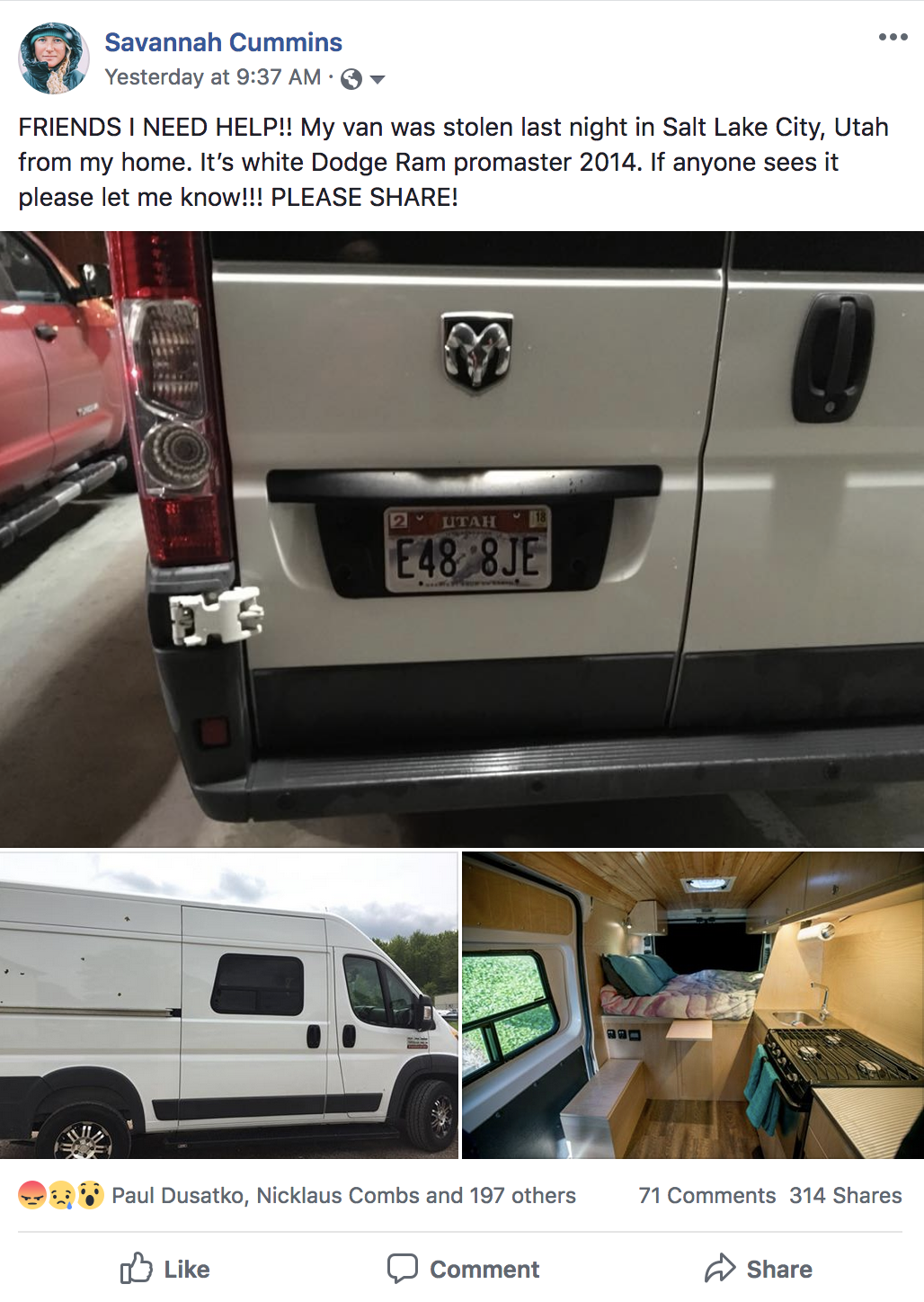