The bus collided with a passenger car in the area of 4100 West and 3100 South around 7:45 a.m., according to Lt. Amy Maurer with the the West Valley Police Department.

The impact forced the sedan right into the living room of a house.

"It could have been a lot worse with all the people involved," Lt. Maurer said. "I'm glad to report there wasn't any serious injuries."

Lt. Mauer says a female was driving the car with a 14-year-old girl inside and was pulling out of a neighborhood when the crash happened.

She apparently didn't see the bus coming when she made a right-hand turn to head east on 3100 South.

Cody Hosking is one of nine people who live at the home.

He was asleep in a back bedroom and impact jolted him awake.

Others were in the living room at the time, including Hosking's young son.

Once he realized no one was hurt inside the home, he turned his attention to those outside.

Six people were on the bus, and one was treated for minor injuries.

The girl in the car was not hurt, but the driver was transported to a hospital to be treated for non life-threatening injuries.

Nearly a dozen cats and dogs also live at the home but escaped injuries.

The investigation into the crash is underway. 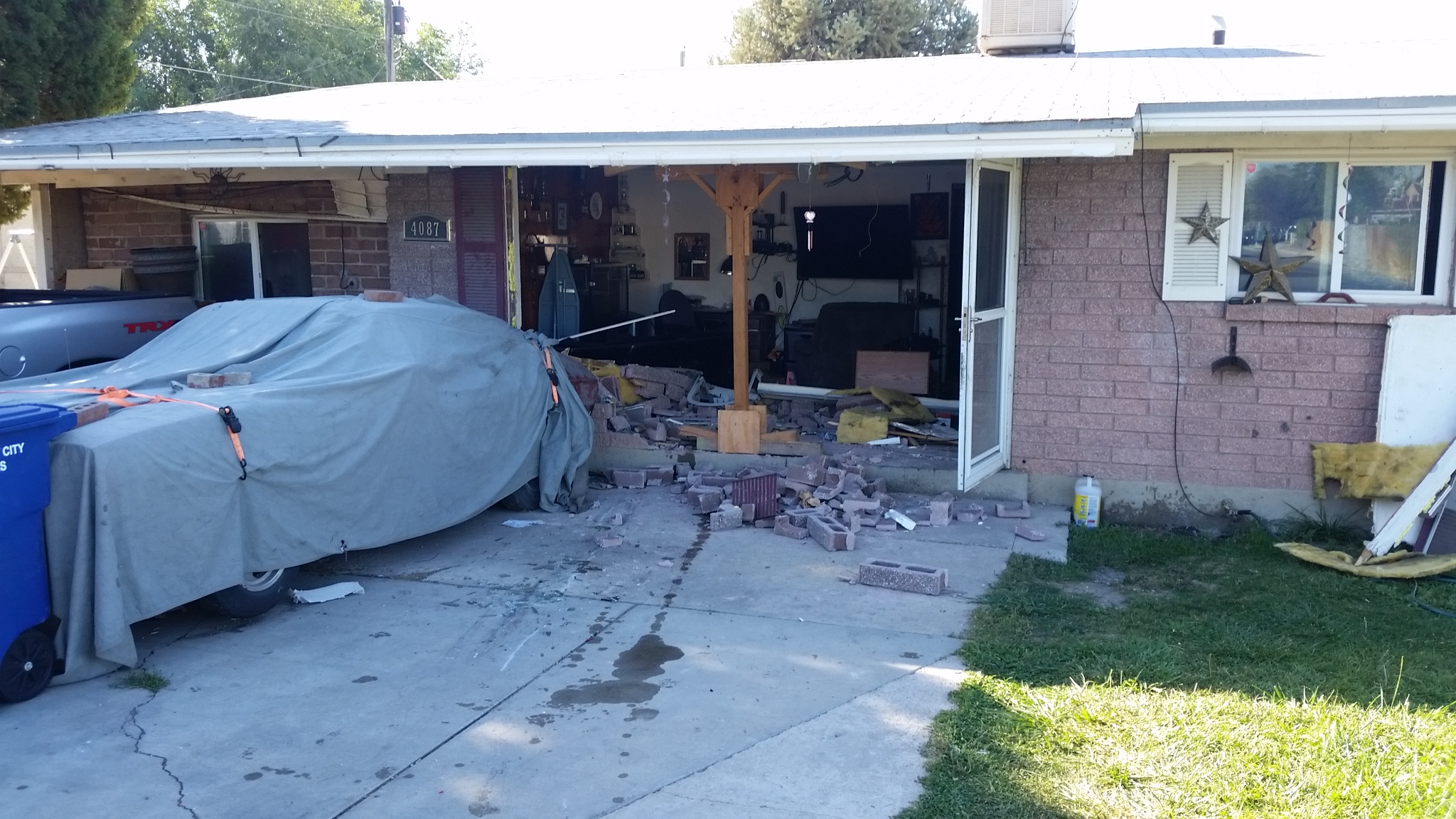