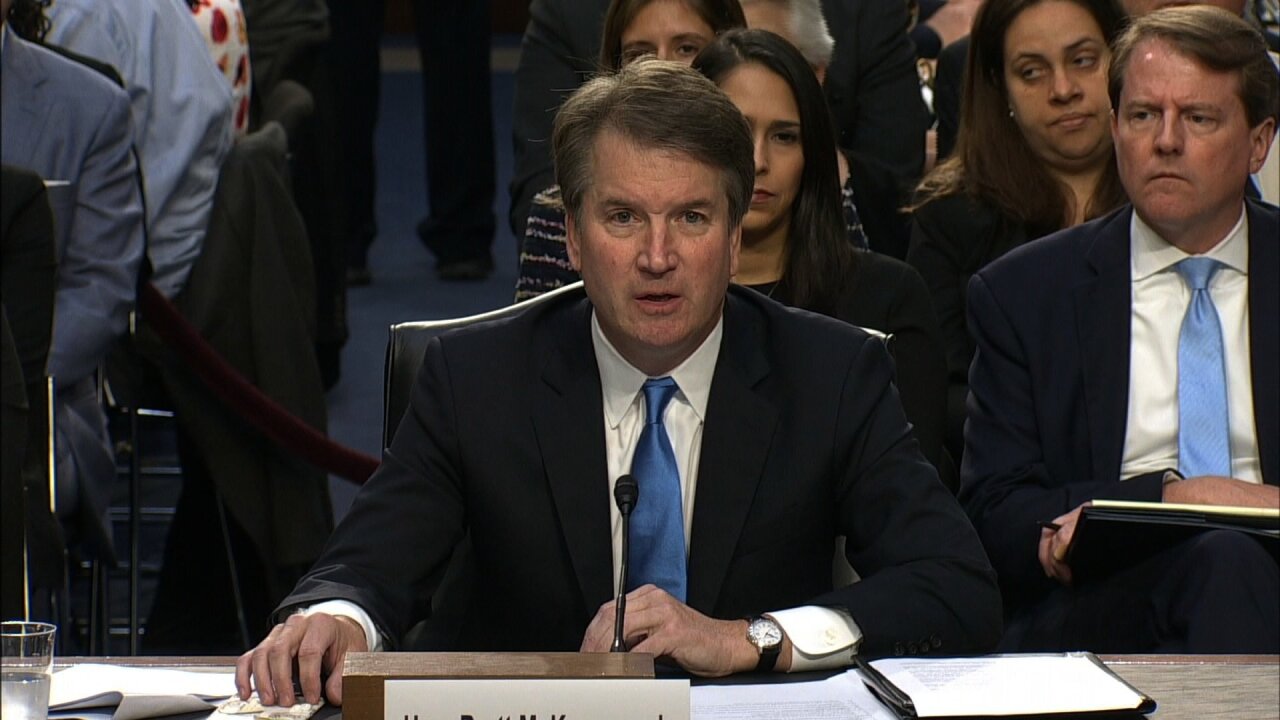 Republicans were already concerned that sexual assault allegations against Supreme Court nominee Brett Kavanaugh could turn off suburban women and lead to bigger losses in the midterm elections.

The Judiciary Committee will ask the White House to instruct the FBI to conduct the investigation into “current credible allegations” against Kavanaugh with the provision it ends no later than Friday, October 5. It was not immediately clear which of the three allegations against Kavanaugh the committee considers credible.

Arizona Sen. Jeff Flake first made the demand for the FBI probe after a chaotic scene at a Judiciary Committee meeting in which the panel advanced Kavanaugh by a 11-10 party line vote. Swing votes Alaska GOP Sen. Lisa Murkowski and Democratic Sen. Joe Manchin subsequently backed an FBI investigation before they’ll vote to confirm Kavanaugh.

Senate Majority Whip John Cornyn, R-Texas, said there would still be a procedural vote to move ahead with Kavanaugh’s confirmation in the Senate on Saturday, with an agreement for the FBI investigation that takes no longer than one week.

The tumult comes just hours after Kavanaugh appeared to be on solid footing, with Republicans rallying to his side after his denials of Christine Blasey Ford’s allegation in a Senate Judiciary Committee hearing Thursday.

But a dramatic, last-minute change of heart by Flake, the retiring Republican and Trump critic, threw the GOP’s vote count into flux.

Trump did not immediately take a position on the call for an FBI investigation.

“I have no message. They have to do what they think is right — there’s no message whatsoever,” he told reporters Friday afternoon. “They have to be comfortable with themselves.”

On Friday morning, Flake — who had been seen as one of three swing votes in a Republican caucus that can only afford to lose one vote — announced he would support Kavanaugh’s confirmation.

Then, on the way to the Senate Judiciary Committee’s hearing room, he was involved in a dramatic confrontation, when two protesters blocked Flake’s elevator. By voting to confirm Kavanaugh, “you’re telling me that my assault doesn’t matter,” one tearfully told him live on CNN, as Flake listened and nodded.

Inside the committee room an hour from Friday’s scheduled 1:30 p.m. vote, Flake tapped his friend Sen. Chris Coons, D-Delaware, on the shoulder, and the two retreated to a private anteroom. It set off an hour of frantic behind-the-scenes negotiations, as questions about whether Flake had changed his mind hovered.

“Jeff said, ‘I’m concerned that we are tearing the country apart,'” Coons told CNN. “That the powerful testimony of Dr. Ford did not seem to be taken seriously and investigated — and that Judge Kavanaugh and his family were distraught by allegations that weren’t credible.”

When Flake emerged, he announced his position: He’d vote for Kavanaugh Friday — giving the committee an 11-10 majority to send him on to the Senate floor — but wouldn’t vote for him in the full Senate unless the FBI could investigate first.

“I think it would be proper to delay the floor vote for up to but not more than one week,” Flake said. “We ought to do what we can to make sure that we do all due diligence with a nomination this important.”

It is not immediately clear whether such an investigation would take place — or what it would entail. That, Flake said, would be up to McConnell. The committee’s chairman, Republican Sen. Chuck Grassley of Iowa, said he would back Flake’s request for an FBI investigation, but there is no requirement for the FBI to act.

“This is all gentlemen’s and women’s agreement,” Grassley said after the vote to committee members.

Shortly after the committee vote, Flake, Grassley, Murkowski and other Republicans walked into McConnell’s office.

Senate Republican leaders appeared Friday morning to have 49 solid yes votes, one shy of the 50 they need to confirm Kavanaugh — meaning they could lose one Republican and have Vice President Mike Pence break a potential tie — so they’re going to gamble with a damaged nominee who is viscerally opposed by Democrats.

Friday morning, Flake, presumed to be the swing vote on the committee, said he would back Kavanaugh. It is unclear how his call for an FBI probe would change that.

Friday’s events follow wrenching, partisan hearing Thursday where Christine Blasey Ford detailed her sexual assault allegations against Kavanaugh and he vehemently denied them. It sets into motion days of high drama on Capitol Hill, with the prospect of a conservative Supreme Court for a generation in the balance.

“From top to bottom this has been about bullies,” Harris told reporters outside the committee room. “Dr. Ford came in and she poured out her heart. She cooperated with the process. She gave the process dignity and respect. The least we could do is give her the dignity and respect of a process that has credibility.”

“I’m not going to participate in this charade anymore,” Hirono said.

He said he feels sorry for Ford, “but I don’t believe it was Brett Kavanaugh” who assaulted her.

“Everything I know about Judge Kavanaugh screams that this didn’t happen,” Graham said.

Repeatedly, Grassley insisted that Democrats who kept up their calls for an FBI investigation didn’t “understand” the committee’s own probe.

During an intense, day-long hearing Thursday, Ford, a California professor, testified that Kavanaugh sexually assaulted her while they were both teenagers in the early 1980s. Kavanaugh later offered a vociferous and emotional defense, alternately shouting and tearing up on national television.

On Thursday, Ford told the committee she is “100%” certain it was Kavanaugh who attacked her at a party when the two were teenagers in 1982.

As the nation watched, she said she “believed he was going to rape me.” She told senators it has “haunted me episodically as an adult.”

Then, Kavanaugh denied that allegation and other accusations of sexual misconduct he has faced in recent days. He blamed Democrats for what he said was a “calculated and orchestrated political hit” designed to keep him off the Supreme Court. He also refused to support a Democratic push for an FBI investigation of the allegations.

“I’ve never done this,” Kavanaugh said of Ford’s assault charge. “It’s not who I am. I am innocent.”

Late Thursday night, the American Bar Association took the extraordinary step of recommending the Senate Judiciary Committee pause on Kavanaugh’s nomination until a FBI probe into the allegations is completed. The association had previously given Kavanaugh a unanimous “well-qualified” rating, its highest rating.

“The basic principles that underscore the Senate’s constitutional duty of advice and consent on federal judicial nominees require nothing less than a careful examination of the accusations and facts by the FBI,” said Robert Carlson, president of the organization, in a Thursday night letter.

“Each appointment to our nation’s Highest Court (as with all others) is simply too important to rush to a vote,” Carlson wrote. “Deciding to proceed without conducting additional investigation would not only have a lasting impact on the Senate’s reputation, but it will also negatively affect the great trust necessary for the American people to have in the Supreme Court.”