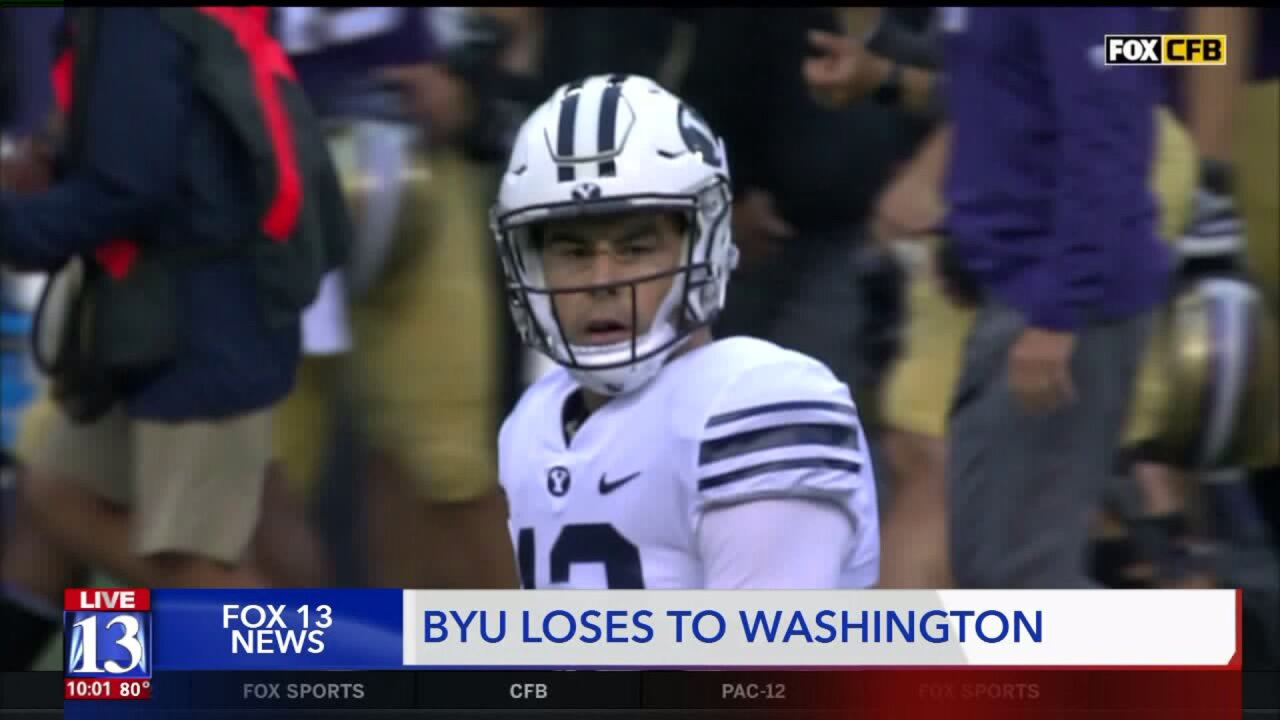 SEATTLE -- The BYU Cougars lost to the Washington Huskies Saturday night after coming off a two-game winning streak.

The Huskies, ranked No. 11 and part of the Pac-12 conference, were fighting for a spot in the college football playoffs.

The Cougars came off of a win against the McNeese State Cowboys last week.

BYU was able to squeeze a touchdown in during the second half of the game. The final score was 35-7.

BYU is scheduled to play Utah State on Oct. 5.