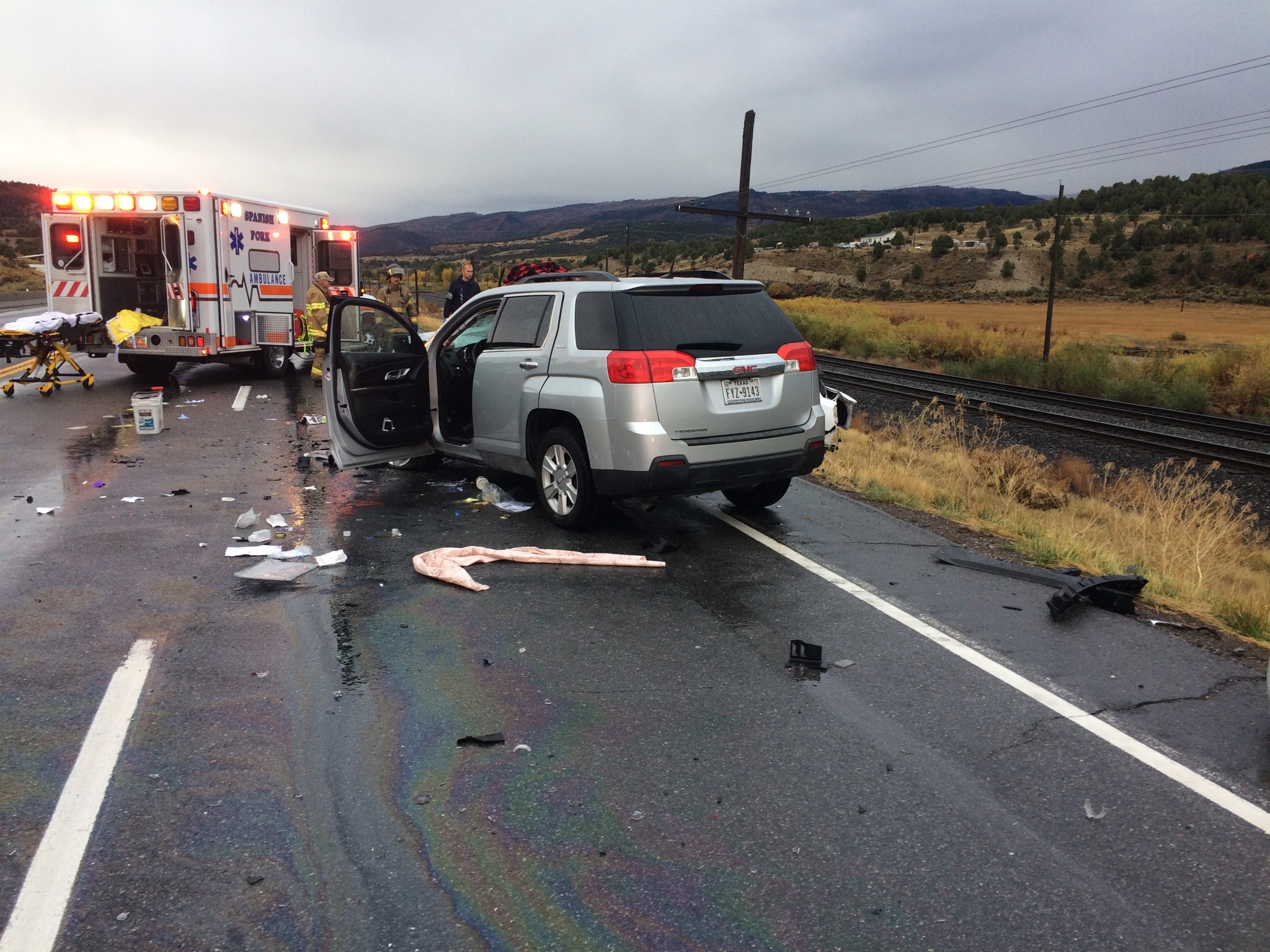 UTAH COUNTY, Utah – One person was killed Thursday morning in a crash on U.S. Highway 6 in Spanish Fork Canyon.

Investigators say the crash happened around 7:30 a.m. and involved a mini-van and a sedan.

Department of Public Safety officials identified 55-year-old Darren B. Holt of Helper as the person who died in the crash. Holt was in the sedan involved in the crash.

A LifeFlight helicopter was dispatched to transport victims to a hospital.

The crash happened on a stretch of highway west of Sheep Creek, about 15 miles up Spanish Fork Canyon.

The road was closed for about an hour, but one lane in each direction opened up around 8:30 a.m.