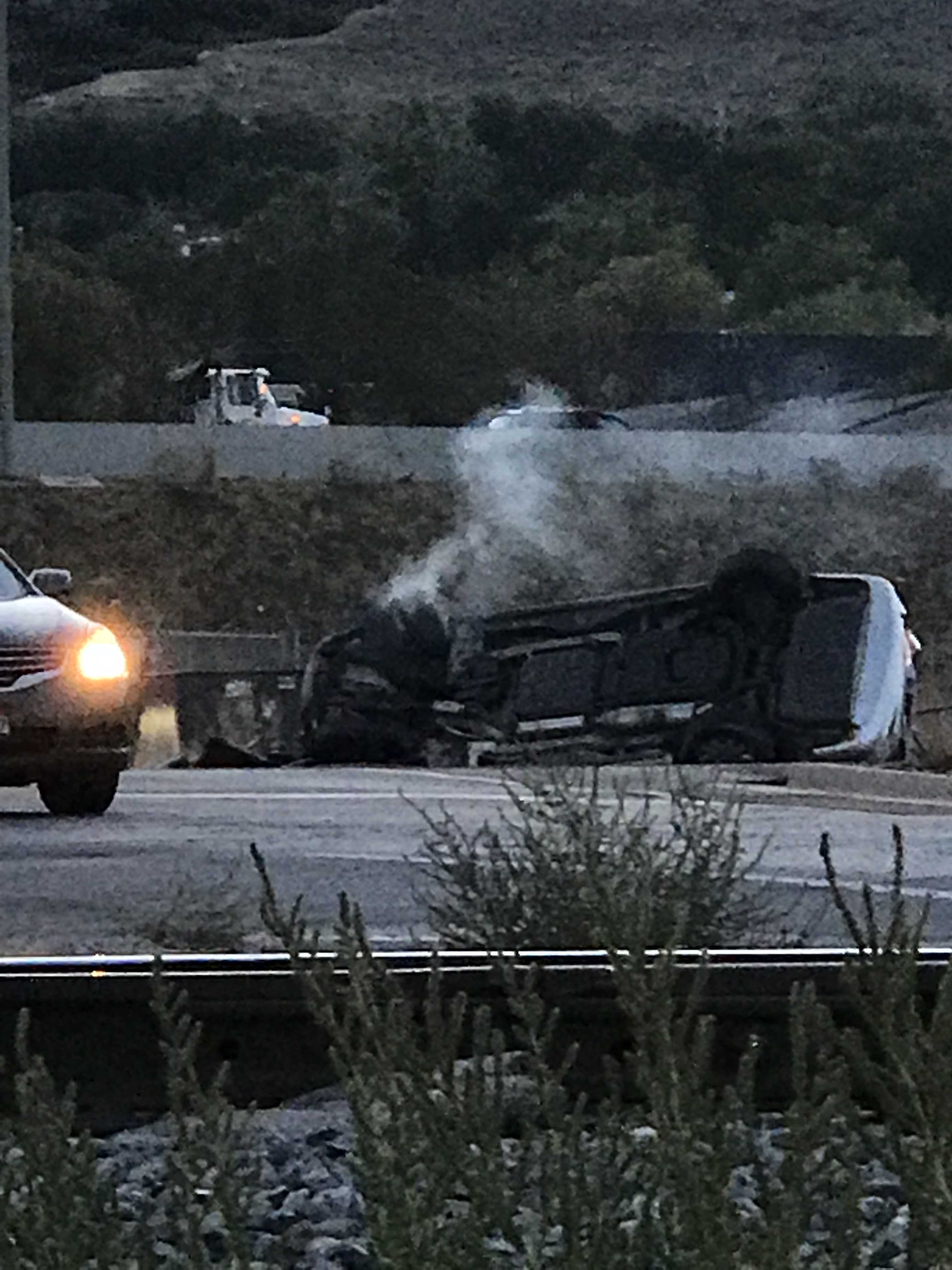 NORTH SALT LAKE  — FrontRunner trains have resumed their normal schedules after a crash Thursday morning, but officials said there may be some residual delays.

A driver suffered minor injuries after a FrontRunner train collided with his car in North Salt Lake on Center Street. South Davis Metro Fire said no injuries were reported among those aboard the train.

Center Street was closed as crews respond to the crash, which was first reported to dispatch around 7:25 a.m.

UTA Spokesman Carl Arky said the man driving the van was stuck in traffic and had stopped right where the gate comes down at the railroad crossing. He said the driver decided to pull forward and his vehicle was struck by the train.

The man was able to get out of the vehicle unassisted after the crash. He was not transported to a hospital.

A bus bridge was in place between Woods Cross and North Temple and UTA advised passengers to expect significant delays Thursday morning.

FR Alert 7:40 am: Due to a FR vs Auto incident in North Salt Lake, a bus bridge has been activated between Woods Cross – North Temple. Expect significant delays of at least 30 minutes on the next NB train from WX and the next SB train from SL Central.