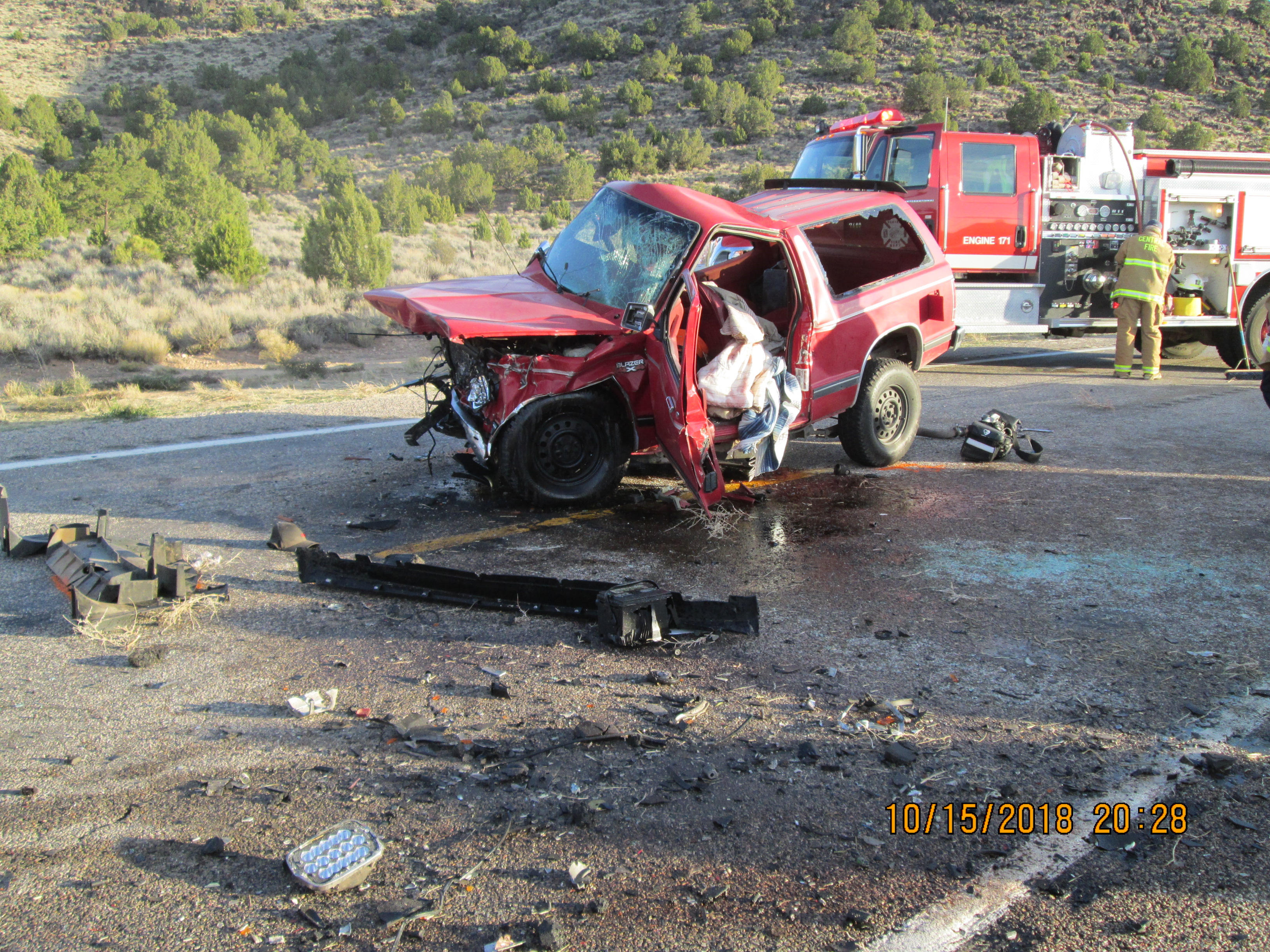 SOUTHERN UTAH — Police have identified a woman who was killed in a head-on crash in southern Utah Tuesday.

The deceased is identified as 24-year-old Wendy Pollock of Enterprise.

Mile marker 23 is a few miles north of Veyo, a small community north of St. George.

UHP states the crash occurred as a red Chevy S-10 was traveling northbound and a gray Pontiac passenger car was southbound.

Pollock was driving the Pontiac and was killed on impact.

The driver of the Chevy was flown to a hospital in extremely critical condition.

The cause of the crash remains under investigation.