Take a look inside the new SLC International Airport

More than 1,800 people are working on the project, which spans the length of 12 football fields. On Monday, airport managers took FOX 13 and other news media outlets on a tour of the construction, which is being built in phases with a 2020 opening.

"The other concourse can't be built until we take out down the existing parking garage and the terminal buildings, and then we'll continue to phase our way through," said Mike Williams, the project's manager.

The airport will have something new for Salt Lake City. A tunnel that was built in 2004 underneath a taxiway and sat empty is now being completed to transport passengers between concourses.

"The airport was doing some construction on the airfield, so rather than coming in and doing it later on and tearing that up again to build this, they built the tunnel at the time," Williams said.

When the airport is completed, it will be one of three tunnels that will connect north and south concourses.

A rendering of the completed terminal building is shown inside the construction at the new SLC International Airport. (Photo by Ben Winslow, FOX 13 News)

Inside the south concourse, work is moving quickly for expanded baggage claim areas and concessions. There will be redesigned restrooms and charging stations at every seat as people wait for flights.

One of the most visible signs of the airport construction is a two-level roadway that will connect to the terminal building. Upper levels will be for departures and the lower level for arrivals. TRAX will connect nearby.

Inside the main terminal, a 45-foot floor-to-ceiling glass wall will provide passengers with a view of the mountains. There will also be a giant art installation running the length of the building called "The Canyon," which will be lit to recreate the ambience of a canyon in Utah.

The airport is also building a space to solve a problem unique to Utah -- a special area inside the terminal that will hold 300 to 400 people who gather for missionary and military homecomings.

The new Salt Lake City International Airport is being built at a cost of $3.6 billion, but it's not costing local taxpayers a dime. The construction project is being funded by bonds, cash-on-hand and ticket and rental car fees.

When it opens in 2020, the new airport is expected to lure more international flights and airlines (but airport officials aren't talking about that yet). It has room to grow.

"The airport is designed for expansion, so when we deliver the concourses and the terminal and the rest of the new facility, there will be 78 gates," Williams said.

See a gallery of images from the new SLC International Airport construction here: 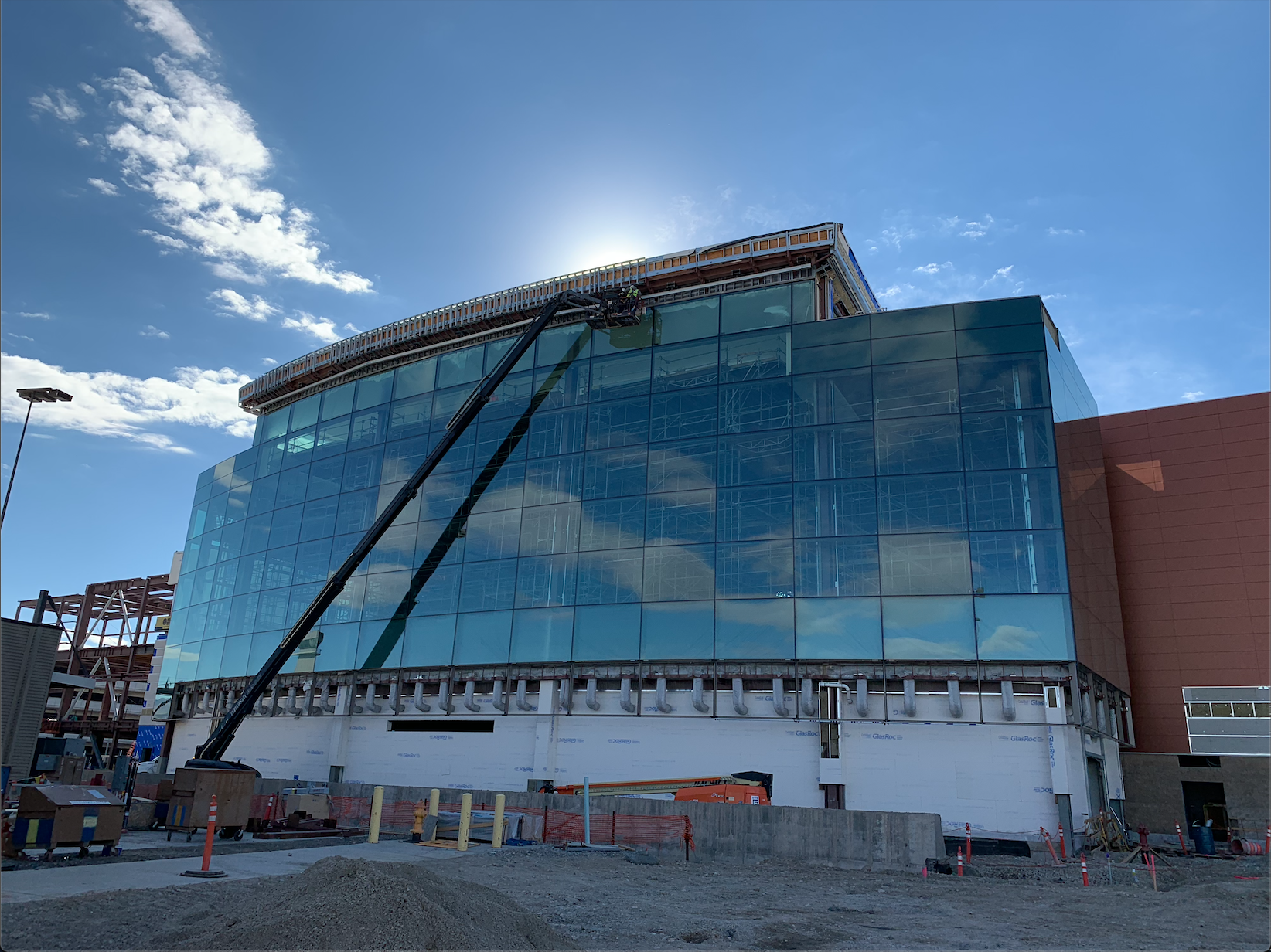