Gary Zhan from Logan received second place in the technology category from the Broadcom MASTERS competition for improving upon a way to make an alternative to synthetic blue dye using bacteria.

He also received the Scott A. McGregor Leadership Award after fellow finalists elected him to represent their class as a speaker at the awards ceremony.

As part of his second-place award, Gary received $2,500 for a STEM summer camp experience in the U.S. and an iPad. Gary aspires to become a synthetic biologist one day.

"With genome editing, we may cure many diseases that are caused by genetic mutations," he said.

Broadcom MASTERS is a program of the Society for Science and the Public, which aims to inspire middle students to pursue their passions in STEM fields. 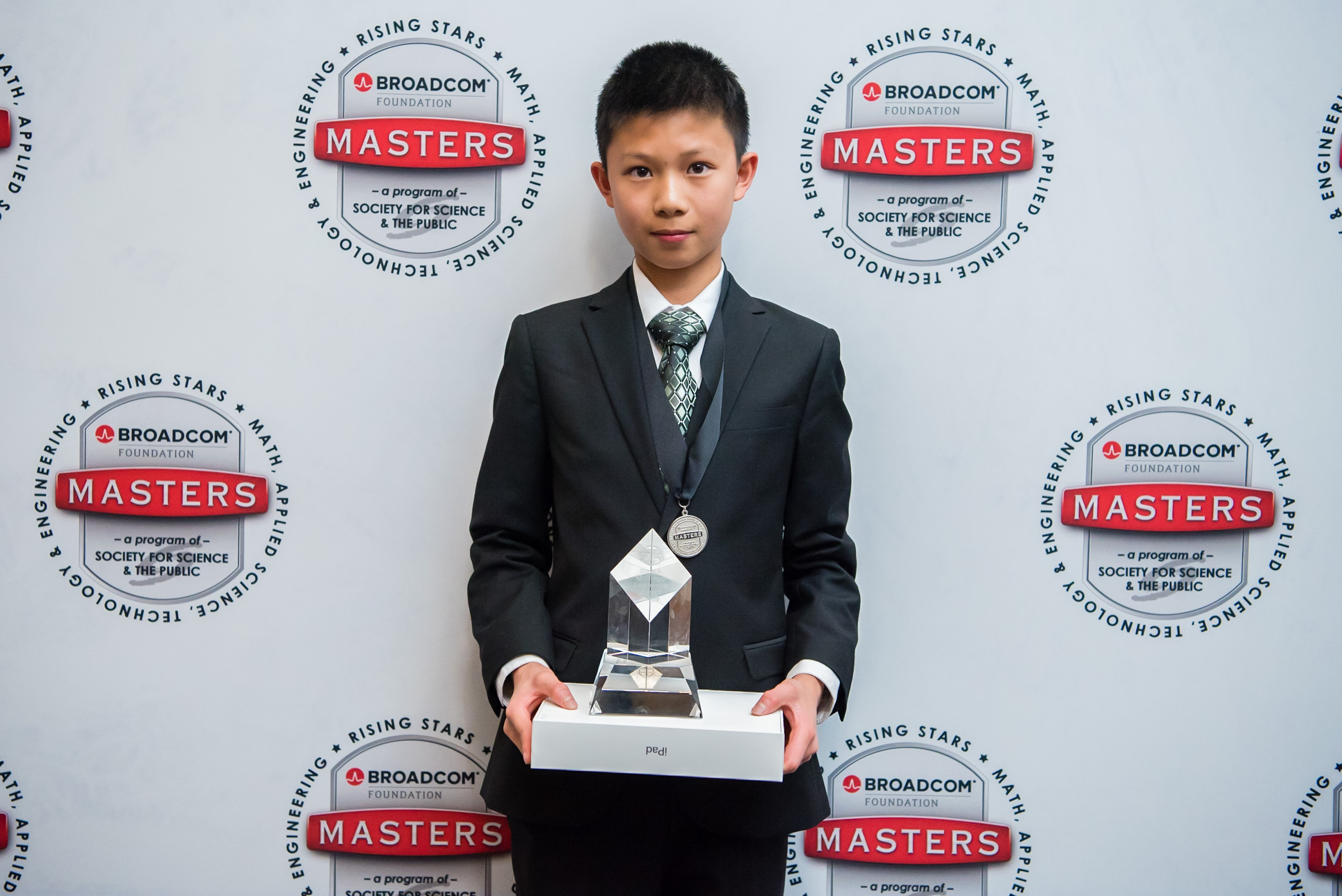