SALT LAKE CITY — Provo-Orem, Logan and Ogden-Clearfield, Utah, all made the top 10 safest metro areas for trick or treating this year, according to Your Local Security.

Orem was the number two best place to trick or treat according to smartasset in 2016 and 2017, in part because of its low rates of violent crime and property crime.

Your Local Security analyzed the percent of trick-or-treaters, pedestrian car deaths, violent crime rates and the ratio of sex offenders to determine the most and least-safe cities for trick-or-treating. Provo-Orem came in as number three, Logan at number four and Ogden-Clearfield at number six.

According to Your Local Security, 19.2 percent of the Provo-Orem population is made up of children, the highest of any of the cities in the top 10 safest for trick-or-treating.

Lincoln, Nebraska is took the top spot as the number one safest place to trick-or-treat, with the lowest rate of pedestrian deaths and the lowest rate of sex offenders. Florida had the highest number of most dangerous metro areas, taking six spots out of ten.

Read the full report, which includes the safest metro area for each state, here. 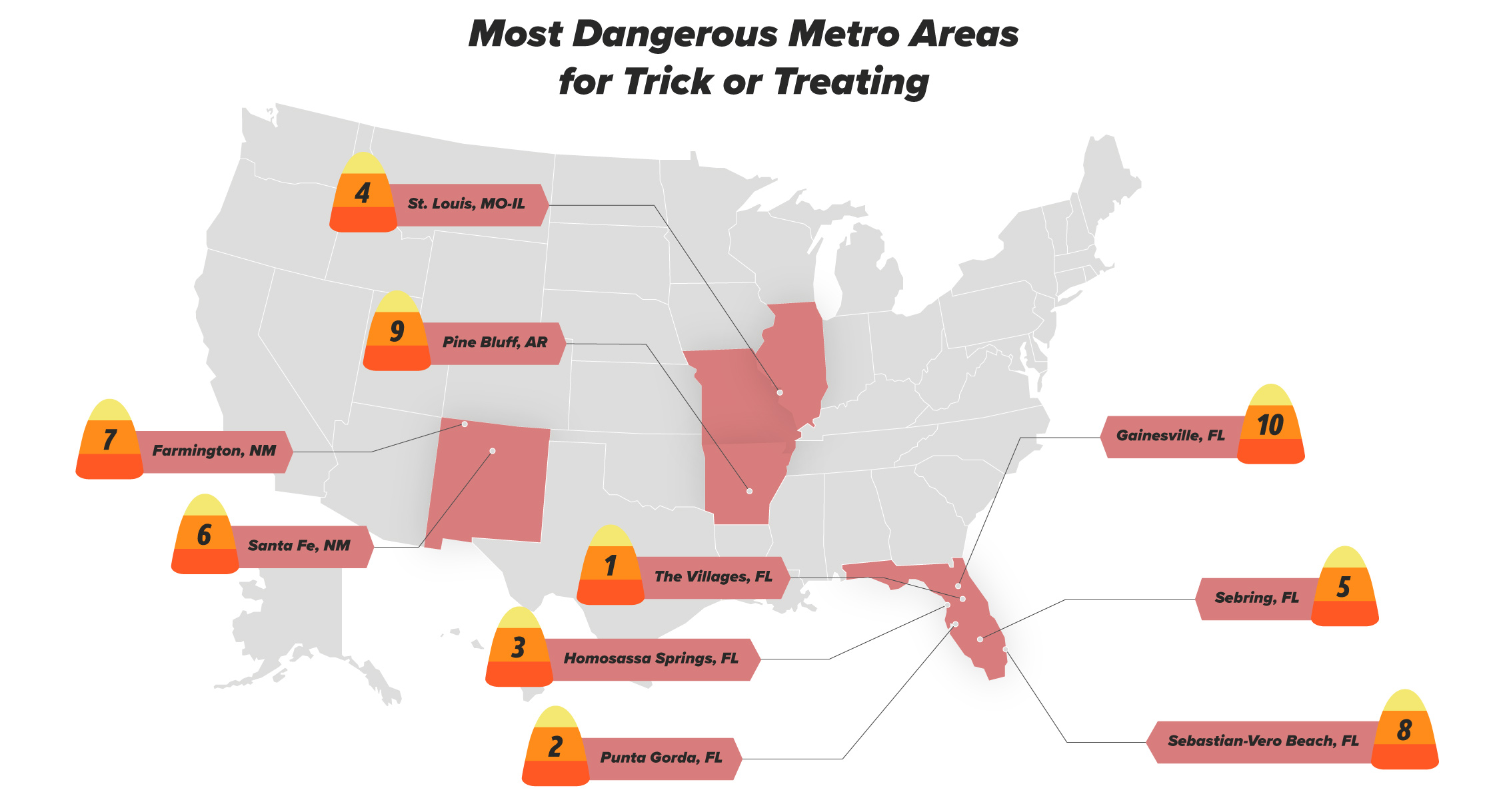