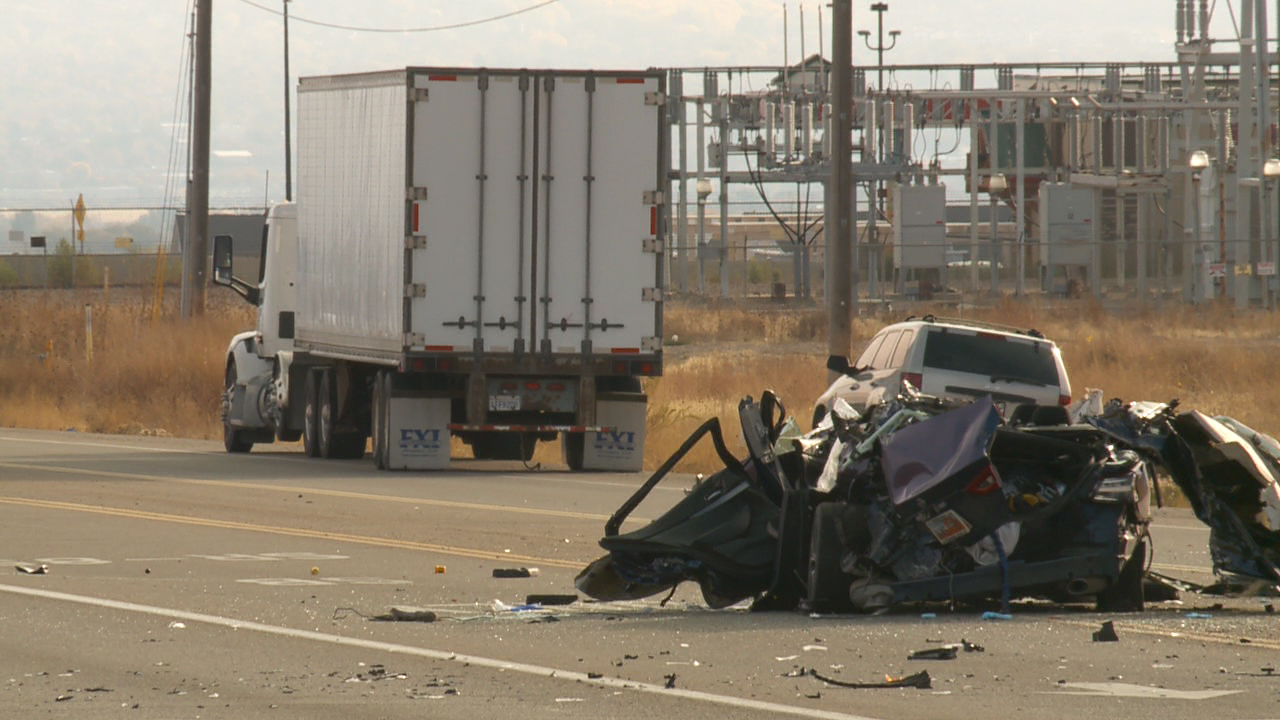 WEST JORDAN, Utah — Three people were taken to hospitals, two in critical condition, after a crash involving a semi and a passenger car on the Mountain View Corridor Friday morning.

Dispatchers say the crash occurred in the area of 7800 South and Mountain View Corridor around 8:40 a.m.

Scott List of the West Jordan Police Department said a semi was traveling eastbound on 7800 South and had a green light. Witnesses told police a passenger car traveling north on Mountain View Corridor ran the red light and was in the turn lane when it impacted the trailer of the semi.