TOOELE COUNTY, Utah –  Six cows were killed out of 150 and three were seriously injured following a rollover accident in Tooele County Sunday.

UHP reported in a tweet that the rollover happened on Highway 36 near Penny’s Junction.

The driver of the truck was not hurt, but UHP stated it would take some time to round up the cattle that got loose following the accident.

Troopers are on scene of a cattle truck roll-over on SR-36 at Penny's junction (near SR-73). The driver is uninjured. Tooele Dispatch reports that traffic is still getting by the scene. Cattle are being corralled with temporary fencing…clean-up may take a while. 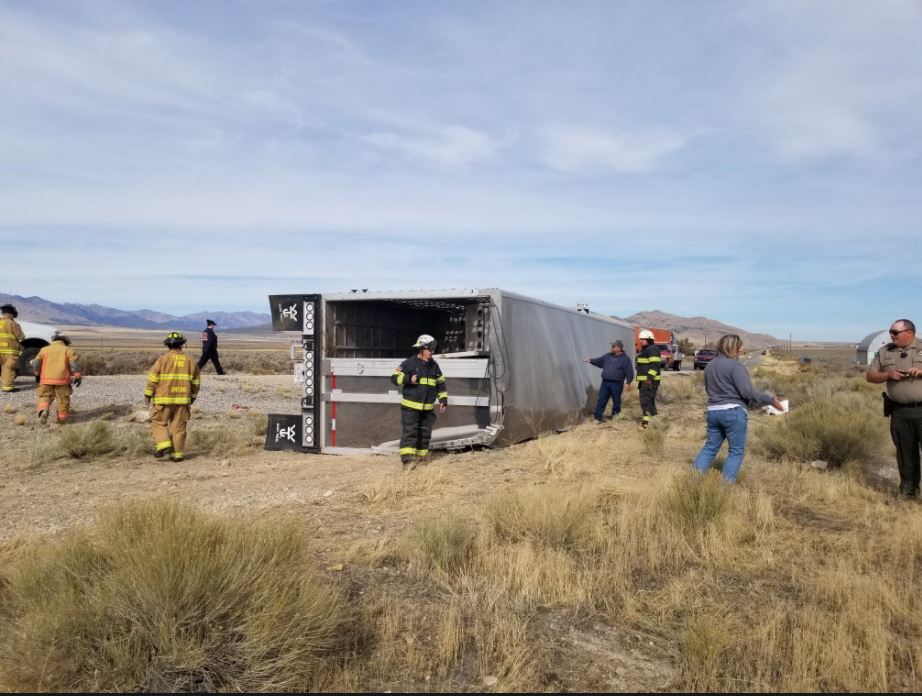