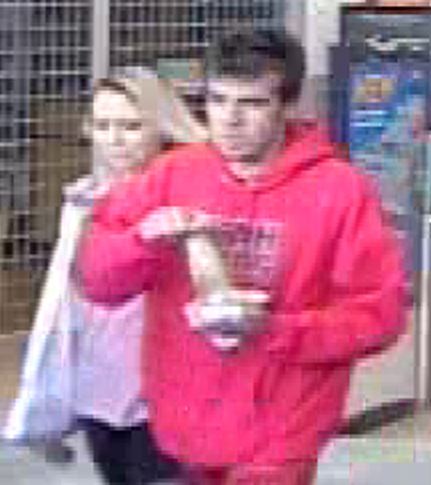 According to a press release from the Utah County Sheriff’s Office issued Wednesday, the man and woman pictured above used a stolen credit card to make several purchases.

The card was stolen from a car in the Vineyard area of Utah County at the end of February, and in the following days the card was used fraudulently at a Walmart and a Denny’s in Tooele County and a Walmart in South Jordan.

Police say surveillance cameras at the Walmart in Tooele County captured images of the pair.

Anyone who recognizes either person is asked to call the Utah County Sheriff’s Office at 801-851-4025.