Taylor was killed in Afghanistan after being deployed to the country as part of the Utah National Guard.

Taylor, who has served with the Utah National Guard since 2013, was deployed in January of this year.

“It’s not easy to ease that pain,” said Rahmani. “I can feel his family’s pain and sorrow.”

In the letter, Rahmani said he has been “personally wounded.”

“I have lost eight members of my own family, including my father, three uncles and, and two cousins in this devastating war,” wrote Rahmani.

Rahmani said he served many missions with Taylor, explaining on one they sat in the barracks all day talking.

Rahmani was angry with his family, but he said Taylor helped him change.

The Utah National Guard said in a statement Saturday that a service member died in an "insider attack" in Kabul on Nov. 3. Initial reports indicated that the attacker was a member of the Afghan National Defense and Security Forces, the statement said.

The letter can be seen below: 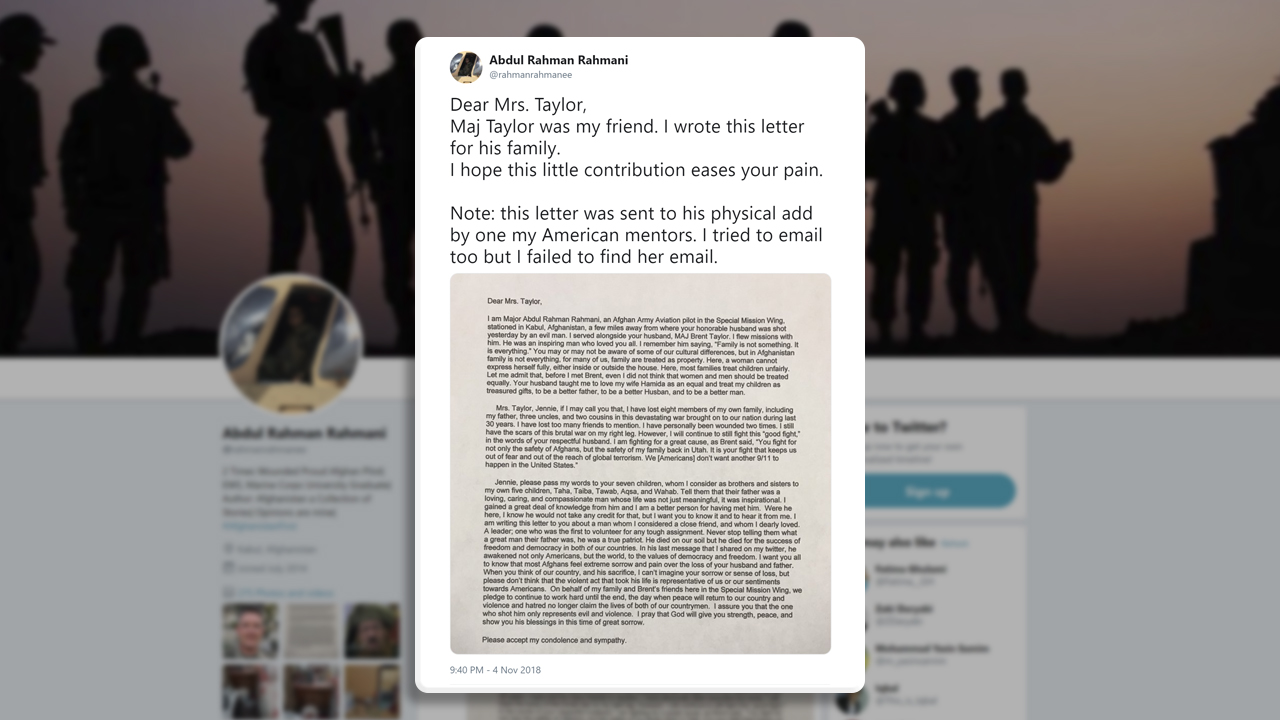