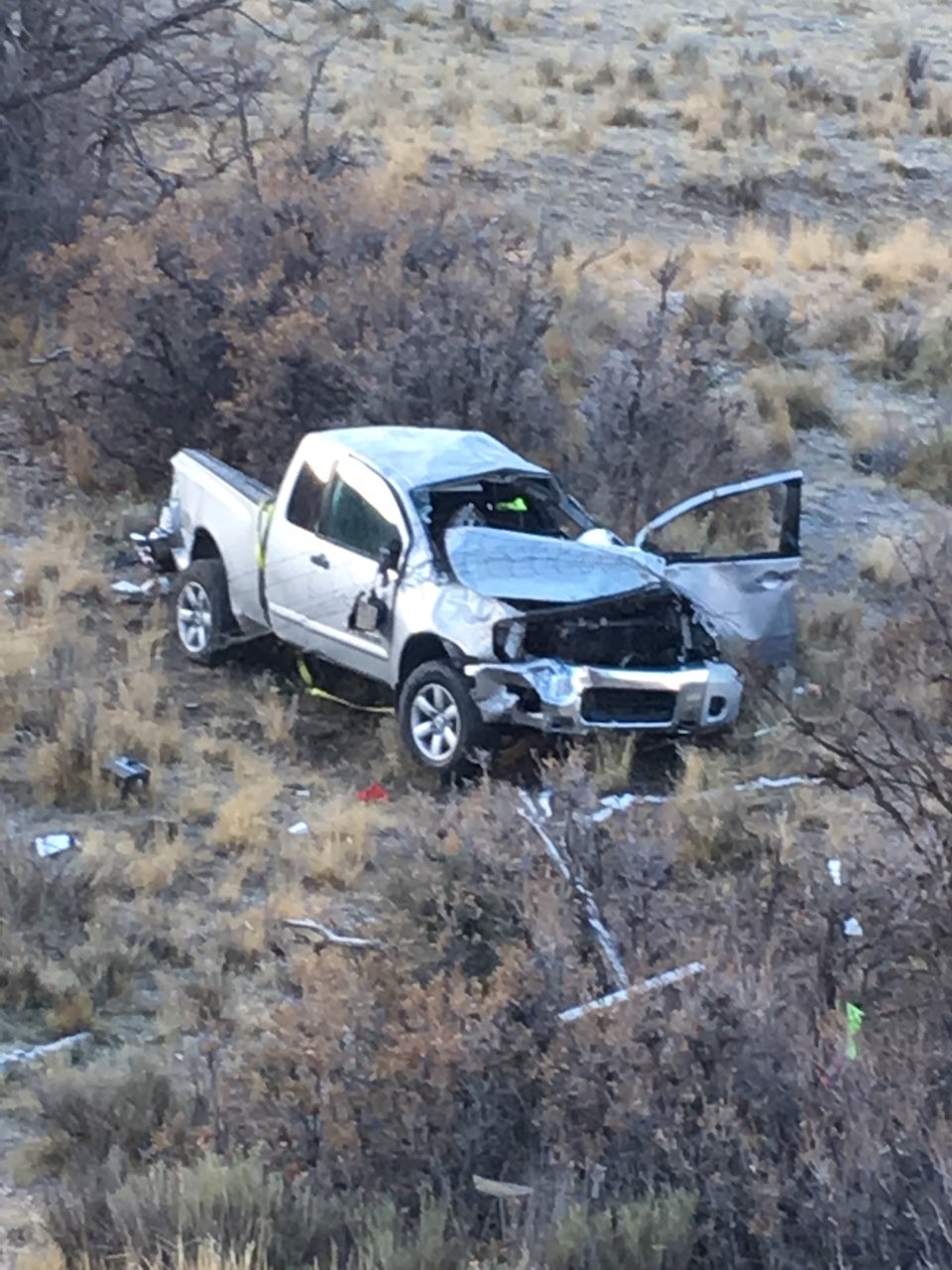 UTAH COUNTY, Utah — A man injured in a crash off US-6 in Utah County spent almost two hours in the crashed vehicle before he was found.

According to the Utah Highway Patrol, a 32-year-old man driving a Nissan pickup truck crashed and rolled to the right side of the road Monday morning for an unknown reason.

The truck went about 75 feet down an embankment before coming to a stop.

A passerby found the crash scene, and troopers said the patient and the vehicle’s engine had both gone cold by the time emergency responders arrived.

The driver was flown to a hospital to be treated for broken bones and a concussion. His injuries are considered serious but not life-threatening.

Police say they spoke with the man’s family, and, based on the man’s estimated drive time, they believe he was in the crashed vehicle for almost two hours before he was found.