Down the road from the Thousand Oaks shooting, people are being evacuated because of a wildfire

(CNN) — A mass shooting claimed the lives of 12 people in Thousand Oaks, California on Wednesday night. Now a brush fire is threatening the surrounding area.

Smoke could be seen over the area where a vigil will be held tonight for the victims of the shooting at the Borderline Bar & Grill.

Dubbed the “Hill Fire,” the blaze quickly spread to cover between 8,000 and 10,000 acres on Thursday, according to Ventura County Fire Department officials.

Residents took to social media to share their views of the flames nearly consuming the hillside in Newbury Park, which borders Thousands Oaks to the west.

The 101 Freeway is closed in both directions as more than 165 firefighters battle the flames.

The Hill Fire ignited around 2 p.m. local time in the area of Hill Canyon in Santa Rosa, according to Ventura County Fire Department officials.

Cal State Channel Islands has ordered a mandatory evacuation of the campus due to the fire, and all classes and activities have been canceled this evening, according to a news release from campus officials.

Point Mugu Naval Base, located near Oxnard, is also under voluntary evacuation. The base supports 80 tenant commands, with a base population of over 19,000 personnel, according to its website. 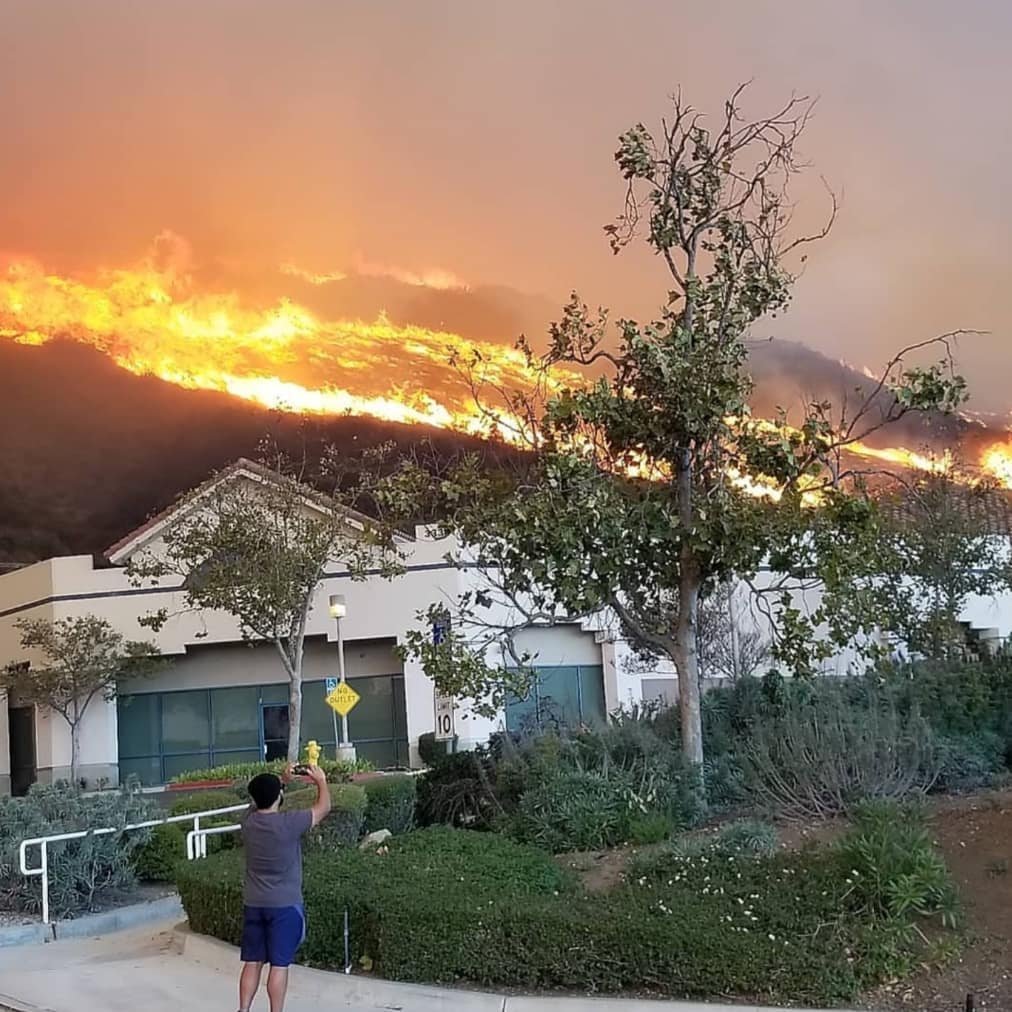