Crews rescue dog in Southern Utah after it fell off a cliff, became stuck

GRAND COUNTY, Utah — Grand County Search and Rescue crews used a special set of skills to rescue a dog who had fallen off a cliff and became stuck Friday.

Grand County Search and Rescue worked to successfully recover the dog, Nika, who fell off the cliff near Long Canyon, the sheriff’s office said Friday in a Facebook post.

Sheriff’s officials said that Nika had not met the rescuers, which made her recovery more difficult.

“It took additional skills not traditionally taught to SAR members to get her into the kennel rigged for extraction,” the Facebook post stated.

Ultimately, sheriff’s officials said Nika was put in the kennel backward and successfully taken to safety.

“It takes a wide breath of skills to be part of this stellar team,” the Facebook post said. “Thanks for all you do, GCSAR!”

Photos of Nika’s rescue can be seen below: 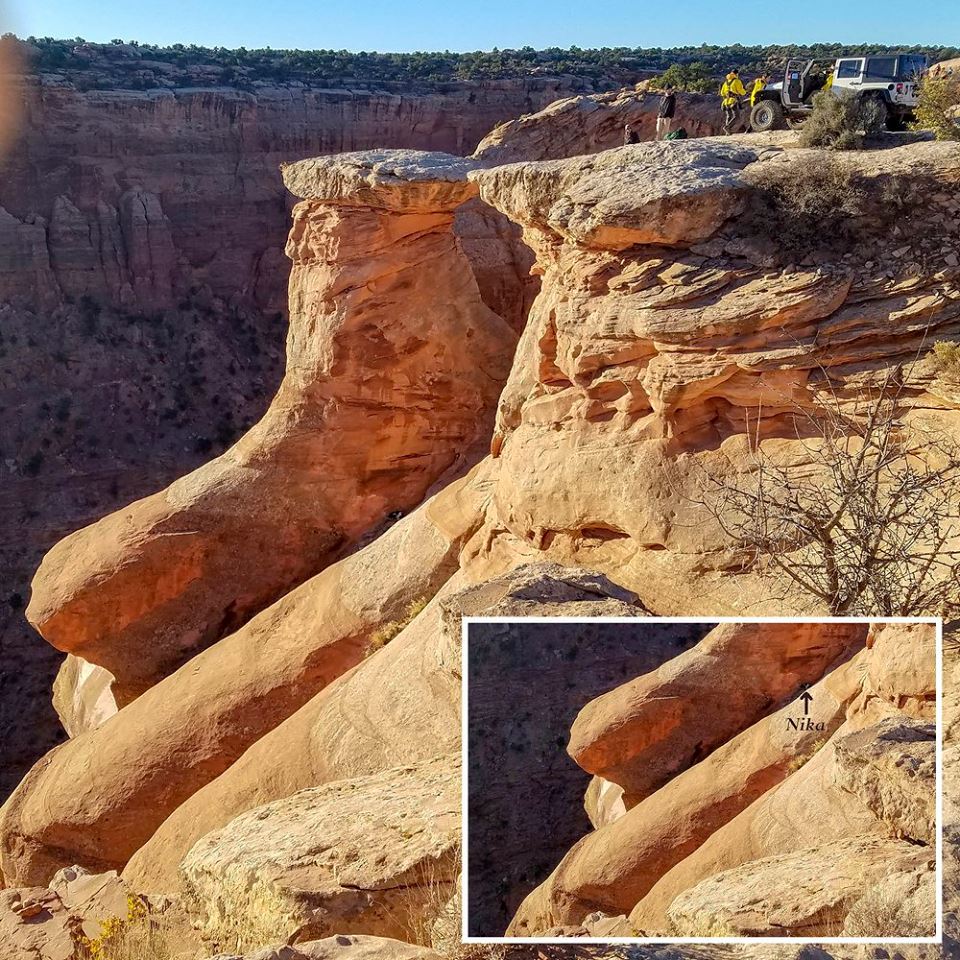