U of U plans for $80 million expansion at Rice-Eccles Stadium include more seats, luxury suites

SALT LAKE CITY -- The University of Utah is planning an $80 million expansion that will increase capacity by more than 5,000 and bring various upgrades to Rice-Eccles Stadium.

The expansion details were announced Wednesday and the project is pending financial approval. The upgrade is slated to be completed by the 2021 football season.

According to a press release, the south end zone will be demolished and plans call for enclosing the bowl of the stadium by connecting the east and west concourses at the south end.

The plan includes 1,000 chair or bleacher seats, which will be available for general purchase in the south end zone. All current season ticket holders will have the option to keep their seats.

Luxury suites and loge boxes will be added, as well as club, ledge and rooftop seating.

Old locker and meeting rooms will be replaced for both home and visiting teams, and other improvements include rooms for athletic training, equipment, press operations, and the Utah Marching Band. A kitchen, a recruiting lodge and and a field-level club lounge and outdoor patio are also included.

“The stadium expansion will be a great addition to an already outstanding college football venue and will put us right in line with the rest of the Pac-12 in terms of capacity,” Utah Football Coach Kyle Whittingham stated in a press release. “The game-day atmosphere in Rice-Eccles Stadium is incredible and is about to get even better. The new locker rooms, sports medicine facilities and hospitality areas will be a huge plus in recruiting. We want to thank President Watkins, Mark Harlan and our donors for stepping up to make this a reality."

The U of U provided this FAQ along with renderings of the expansion:

Q: What types of seating will be available?

The expansion plans include bench seats, chair seats and standing space, as well as premium seating in luxury suites and loge boxes, ledge and rooftop seating.

Q: How can I purchase tickets for spaces in the new area?

People currently sitting in the south end zone will have priority for purchasing season tickets. For more information on ticketing, visit https://utahtickets.com/football or call the ticket office at 801-581-8849.

Q: Why is the university expanding its stadium?

The in-depth feasibility study conducted showed a clear market demand for this modest expansion. The U’s football team has played in front of 56 straight sellout crowds in Rice-Eccles Stadium, dating back to its 2010 season opener. The season ticket waiting list includes nearly 3,000 people. In addition, an average of 450,000 patrons come through the gates of Rice-Eccles Stadium each year. The stadium hosts an average of 150 events each year, and this expansion will continue to help make the venue a popular location for community events.

Q: How will this impact sound and traffic in the area?

The university is committed to being a good neighbor and will work with the surrounding community to identify and solve issues that arise from the expansion. In recent years, the university has made changes to the stadium’s sound and lighting systems to reduce impact on the surrounding neighborhoods. In addition, the university continues to encourage patrons to use public transit when attending events at the stadium and has arranged for athletic tickets to serve as UTA fare on game days. 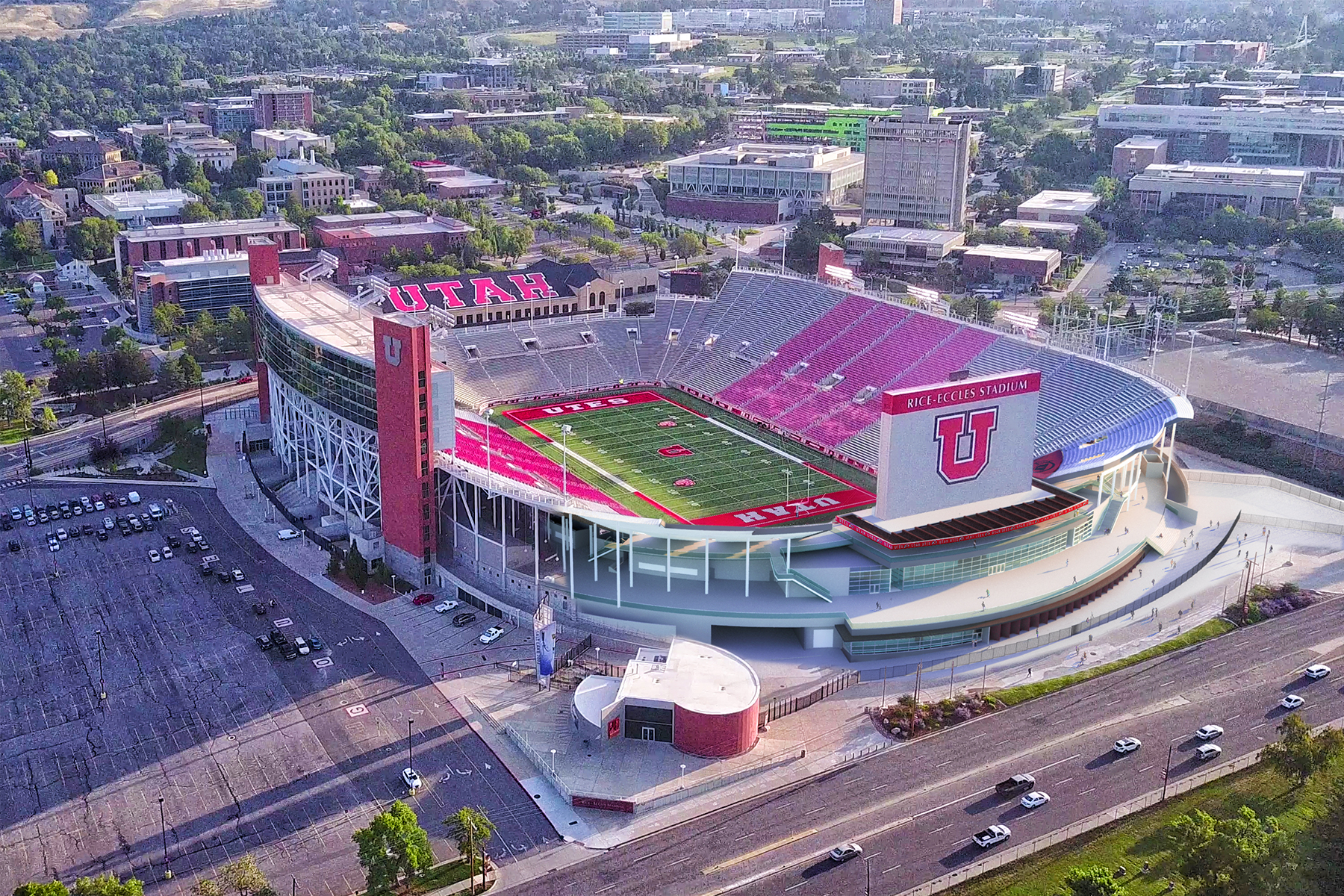