When UFA arrived to the scene at least 3 apartments were on fire with possibly more.

Crews were able to put out the fire, and the Red Cross was called to help accommodate the people who were displaced.

UFA reported no injuries to civilians, firefighters, or pets.

Matthew McFarland with Unified Fire Authority expressed that with the holidays coming up and cold weather becoming more common, everyone should take extra precautions.

“If your house has a chimney or an active fireplace make sure you get it inspected yearly,” said McFarland. “We’ve already seen some chimney fires, and just be safe. With Thanksgiving coming up make sure you’re using really good kitchen common sense. Just be smart about it.”

UFA also reported another fire at the same apartment complex over a week ago, but said the the two fires are not related.

Crews are still investigating into the cause of the fire, but believe a grease fire is most likely the cause. 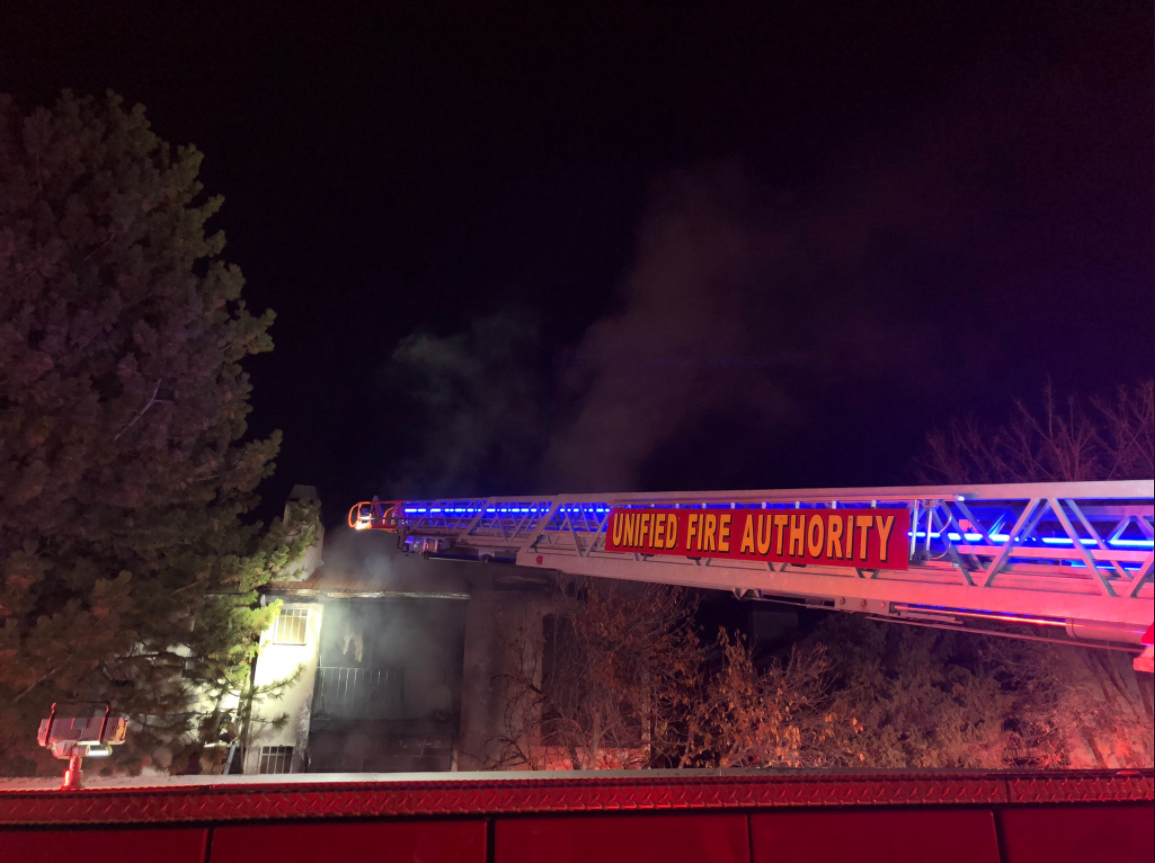