WASHINGTON COUNTY, Utah – The woman who died after a head-on collision in Washington County on Saturday afternoon has been identified by police as Melody Young of Colorado City, Arizona.

According to a press release from the Utah Highway Patrol, the accident occurred around 4:30 p.m. on SR-59 near milepost 18.

Police reported a red Ford F250 was traveling westbound on SR-59 pulling a two-axle trailer when it lost control and crossed into eastbound traffic.

As the F250 crossed the center line that’s when it struck Young, who was driving eastbound in a Ford Fiesta.

UHP said Young was killed on impact, and was wearing a seat belt.

The driver of the F250 suffered a broken leg and was taken to Dixie Regional Medical Center where he was treated and released.

UHP suspects the front left tire of the F250 had tread separation which caused the driver to brake and lose control.

They do not believe speed or impairment were factors. 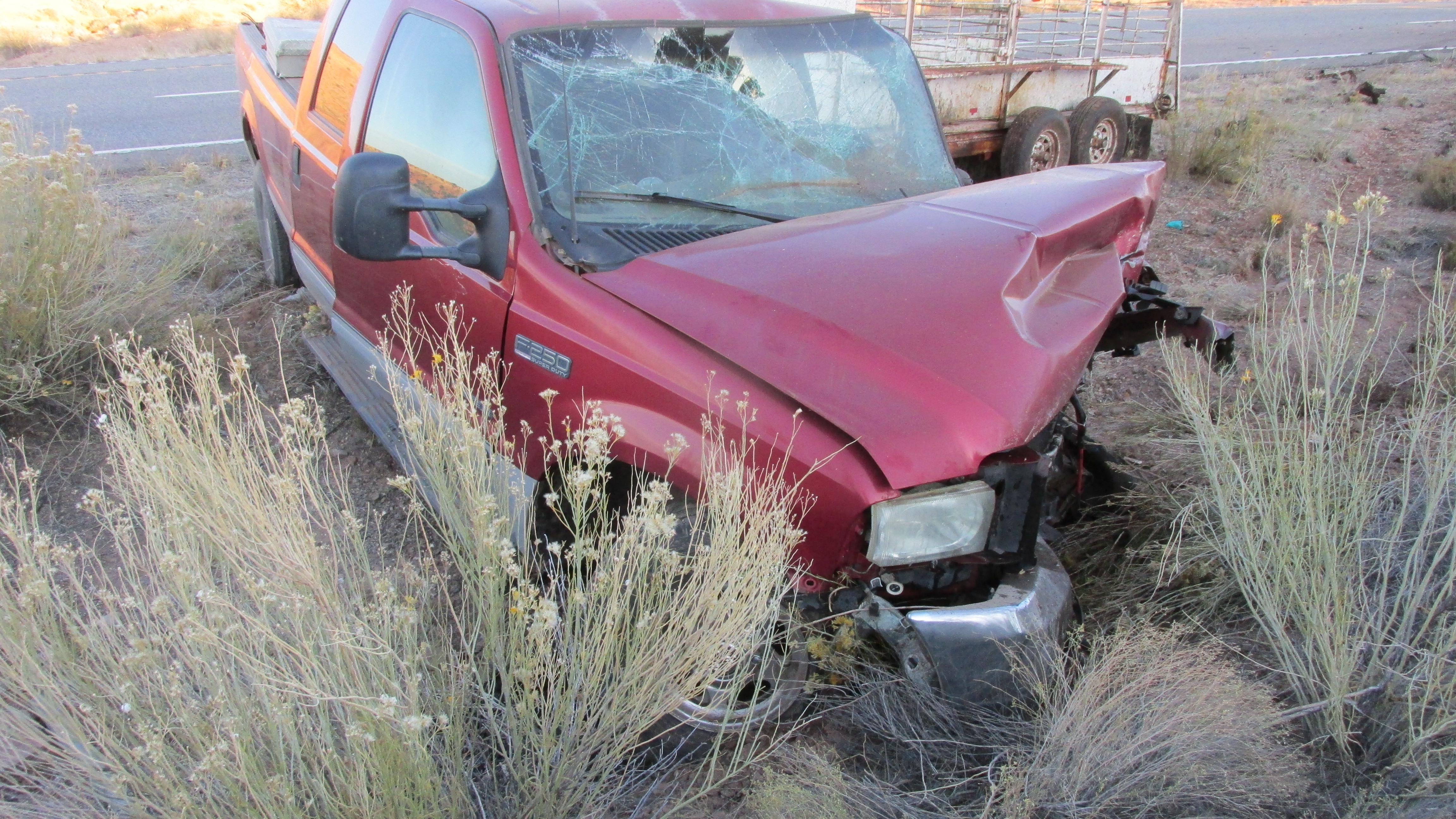