Lieutenant Courtney Ryan with the Weber County Sheriff’s Office said the crash happened around 3 p.m. at the intersection of 1100 West and 21st Street in West Haven. 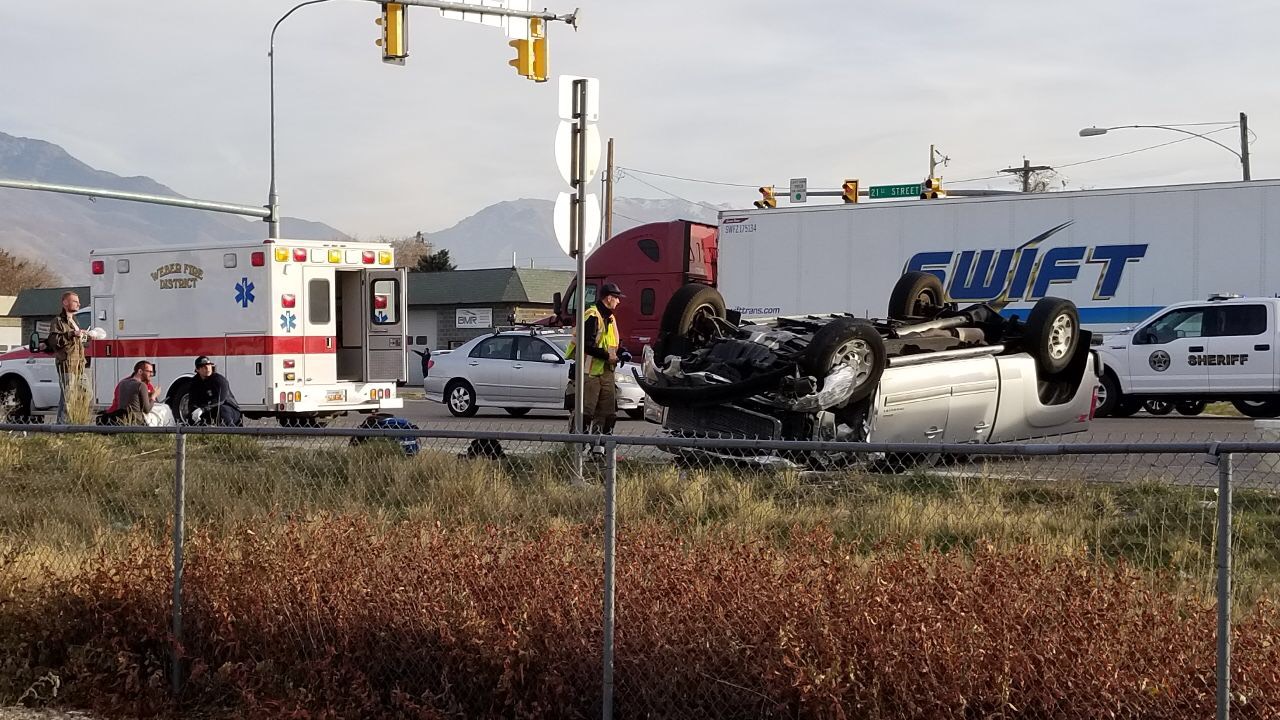 The crash was between a small SUV and a pickup truck. Ryan said the driver of the small SUV failed to yield and hit the pickup truck. The truck then rolled onto its roof.

While the investigation is ongoing, Ryan did say the SUV driver could be cited for failure to yield.