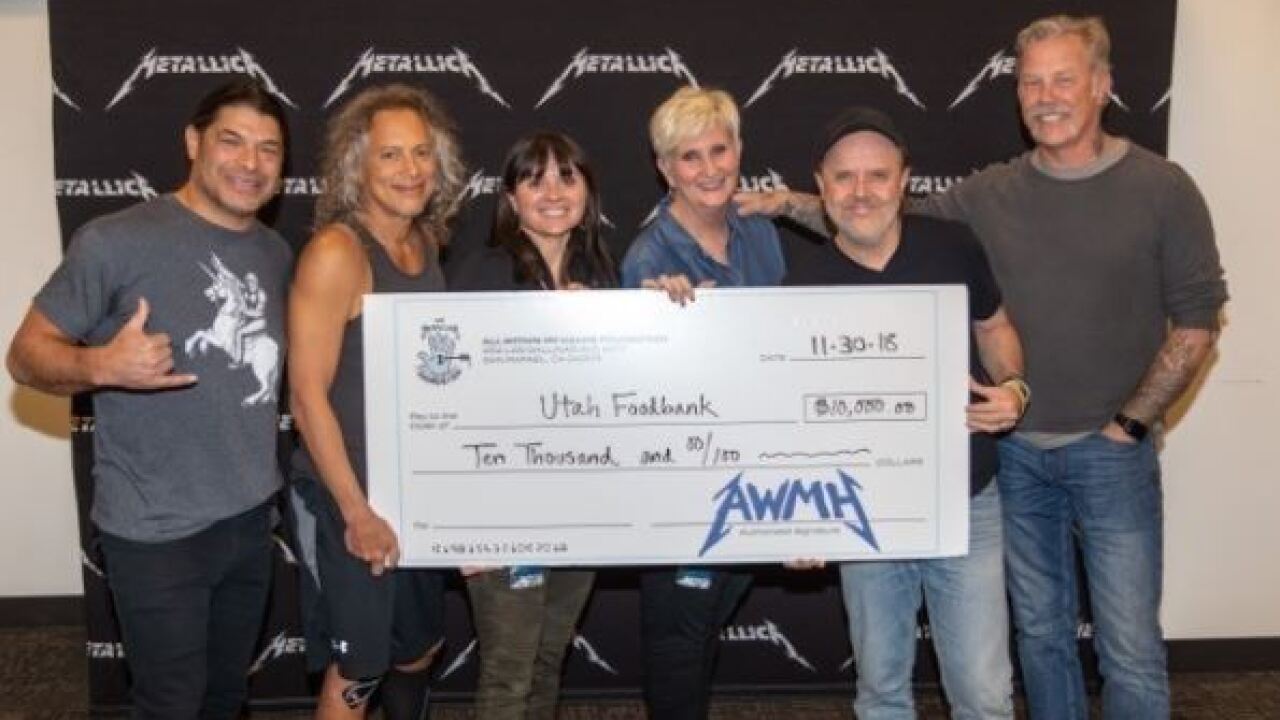 “It’s not every day that we get to meet rock stars,” the Utah Food Bank said in an Instagram post Monday, “but the guys from @metallica were so kind!”

Metallica is donating money to local food banks in every city they stop on during their tour.

The band played a sold out concert Friday, which according to arena officials broke a post-renovation single-concert attendance record with 17,574 fans showing up.