Police in Ogden responding to officer-involved shooting on 12th St.

Update: Police in Ogden say one suspect has died following an officer-involved shooting in Ogden Tuesday.

OGDEN, Utah — Additional details have been released on an officer-involved shooting that resulted in the death of an 18-year-old Tuesday afternoon.

According to Ogden Assistant Chief of Police Eric Young, investigators were conducting surveillance on an apartment Tuesday on a suspect who was believed to have been involved in a robbery at a 7-11 where a clerk was pistol-whipped.

Young said that during the surveillance, the suspect left the apartment, entered the stolen vehicle, and attempted to drive away.

Investigators had previously deployed a device on the stolen vehicle that flattened a tire, Young said. He stated the suspect continued to drive the vehicle with the flattened tire on 12th St, then west to Depot Dr.

After the suspect struck the vehicles, an Ogden police detective commanded him to exit the stolen vehicle, according to Young, but the suspect pointed a gun at the officer.

Photos of the incident can be seen below (Courtesy: Victor Perez) 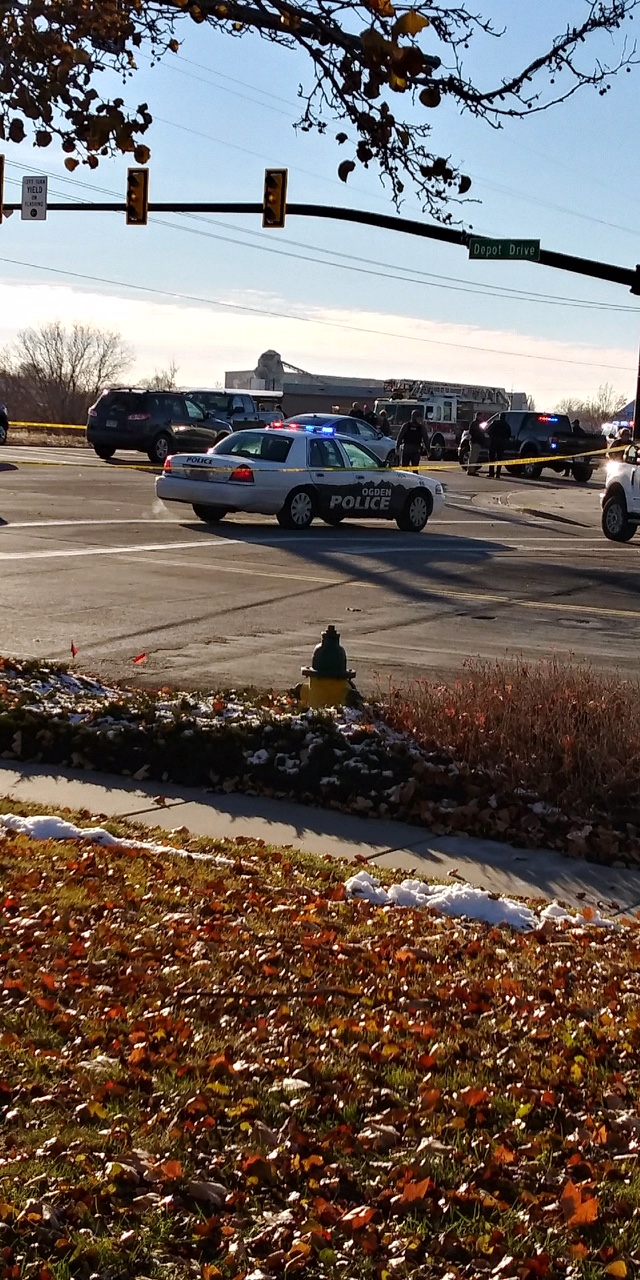