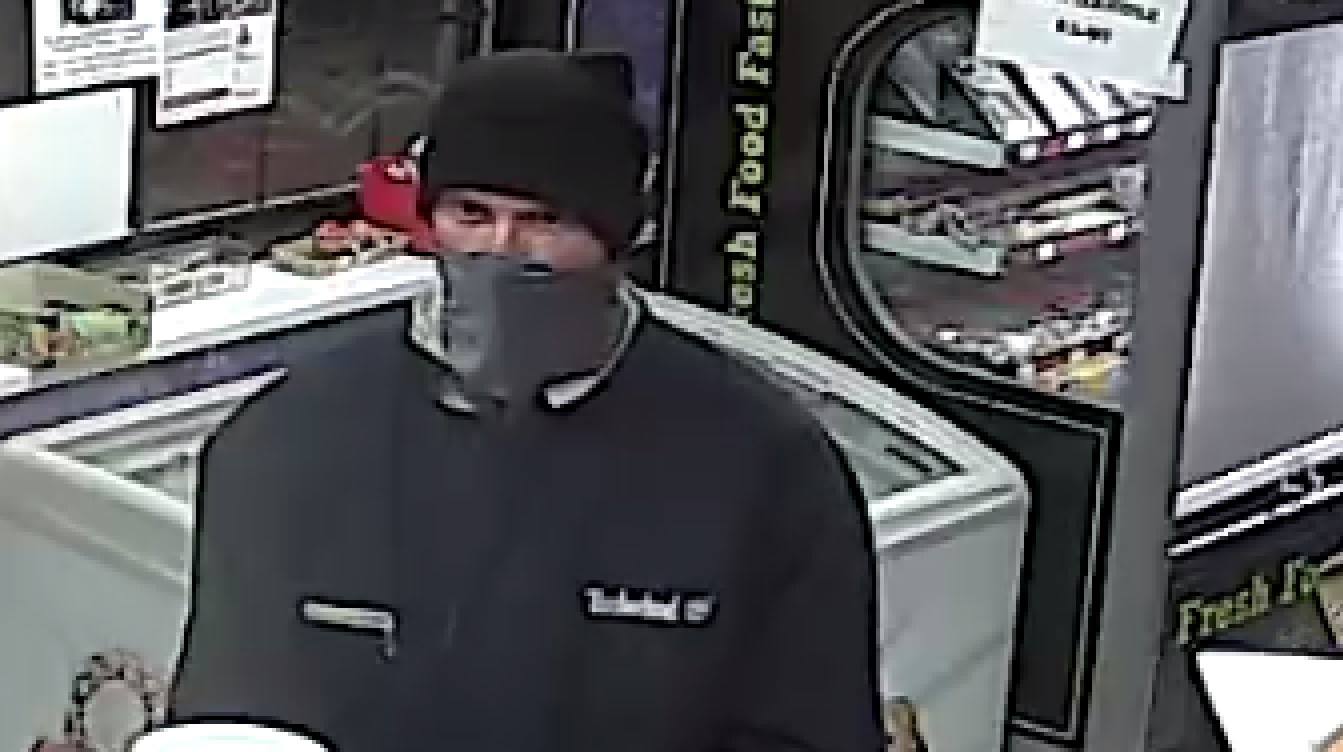 SALINA, Utah — Police in Salina are asking for help locating a man who carried out an armed robbery at a gas station in Salina Tuesday night.

Taylor said the man fled after receiving an undisclosed amount of cash. No injuries were reported.

Two photos show the man inside the store with his face covered, while a third photo appears to show him outside without the covering.

Anyone who recognizes the man pictured above is asked to call police dispatch at 435-896-6471.