WEBER COUNTY, Utah — A driver was hospitalized in critical condition Saturday after sheriff’s officials said a large rock hit his windshield while driving in Weber County.

According to a press release from the Weber County Sheriff’s Office, deputies responded to the area of the Pineview Dam Spillway Saturday at 1:15 p.m., on a report of a vehicle that had been hit by a falling rock.

The rock was found to have fallen from the mountainside and struck the windshield of the truck, which was traveling west.

After the rock hit the windshield of the truck, the driver lost control and crashed into the mountainside, the press release stated.

The driver suffered serious injuries from the crash and was taken to the hospital in critical condition, according to sheriff’s officials. The passenger of the car received minor injuries during the incident.

Loved ones have identified the driver as Randy Mower, and a GoFundMe page has been created to assist him with medical costs.

“It is believed that with the recent snow and the warmer temperatures the rock became dislodged, falling from the cliff area,” the press release said. “UDOT responded to clear the area of rocks and will monitor the area.”

Sheriff’s officials said that while deputies were at the scene of the crash, one deputy was hit by a falling rock but was not badly injured.

Pictures of the incident can be seen below: 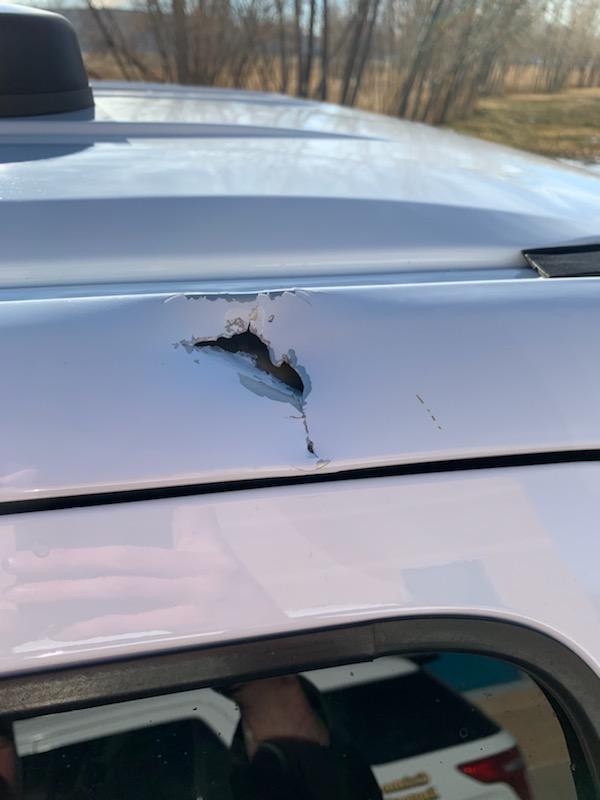