13-year-old in Bountiful located after being reported missing 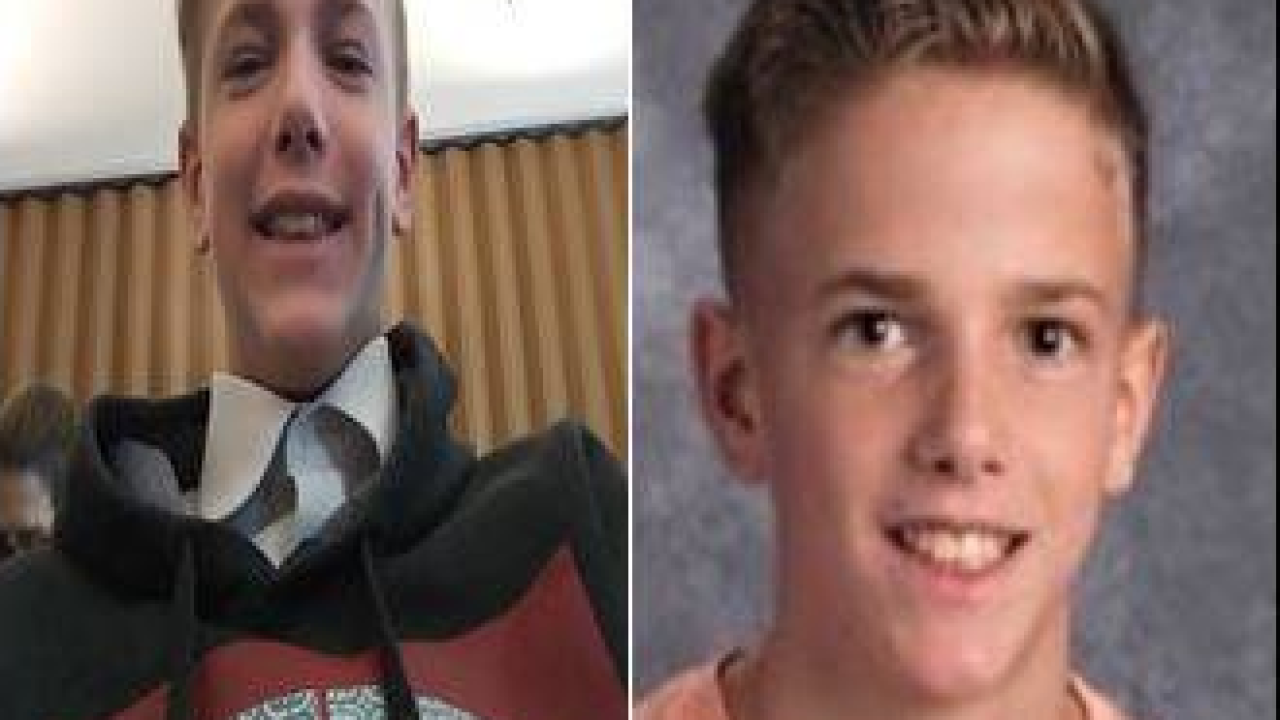 UPDATE: Bountiful Police Department issued a tweet saying Wyatt Reynolds has been located and is safe. No other details have been given at this time.

BOUNTIFUL, Utah – A 13-year-old boy was reported missing after not returning home from a friend’s house nearby.

Reynolds was supposed to be home by 10:30 p.m. but after several hours went by his family decided to contact police.

He is described as having blonde hair, hazel eyes, and weighing around 120 lbs.

Police said Reynolds was not dressed for cold weather conditions. He was last seen wearing black and white Spec pants, a maroon Under Armour hoodie, black Levi sneakers, and a multi-colored beanie.

He also had a skateboard with a yellow cutout, and a rainbow colored bottom with a pineapple.

Bountiful Police ask if you have any information on where Wyatt Reynolds is, to contact the Police Department at 801-298-6000.