According to a press release made by Weber County, at around 1:30 p.m. Sunday the North Ogden Divide experienced three small avalanches that crossed the road.

The press release stated that the avalanches occurred on the Liberty side of the divide near Chicken Creek.

Officials estimated that the avalanches caused snow and debris nearly five-feet deep to stretch across the road.

One vehicle was stuck in the snow between two of the avalanches and crews were working to clear the vehicle out, the release said.

The press release stated that crews were working to clear the road “as quickly as possible.” The road was expected to reopen on Tuesday.

“The motorist was transported out safely and the Weber County Roads Department is currently working on getting the vehicle out tonight,” the press release said. “No other vehicles were impacted by the avalanches. Initial observations by the Roads Department estimate that the North Ogden Divide road may be closed for up to two days, with tonight’s anticipated snowstorm being a factor. When more information becomes available on the status of when the road is safe to travel and opened, it will be released.”

Photos of the avalanche can be seen below: 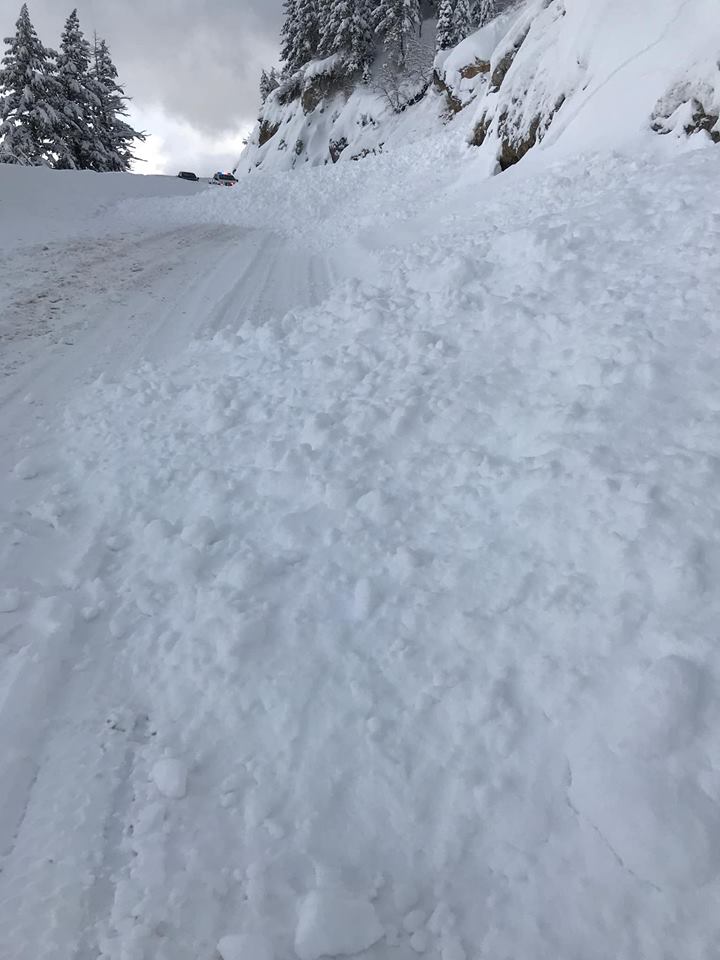