One dead, three injured in crash near Strawberry Reservoir

WASATCH COUNTY, Utah — One person died and three others suffered injuries Tuesday morning in a collision on SR-40 near Strawberry Reservoir in Wasatch County.

According to the Utah Highway Patrol, 39-year old Ryan Harvey, of Myton, Utah died when a truck lost control on the ice and slammed into the vehicle he was driving.

Sergeant Nick Street said two men in a red Ford F-350 hauling a trailer with carpet were driving on bald front tires in thick fog and icy conditions around 9 a.m.

"That Ford pickup lost control after, we believe, going too fast for the conditions through this area," Sgt. Street said. He said the truck went head-on with a white GMC pickup around mile marker 50, east of Strawberry reservoir.

Both vehicles then went off the north side of the road.

Harvey died at the scene, Sgt. Street said, and the female passenger suffered broken bones. He said they believe the man had been driving his aunt to a medical appointment somewhere along the Wasatch Front.

The two men in the red Ford suffered critical injuries, and a medical helicopter flew them to the hospital.

SR-40 closed down in both directions for a few hours, while Utah Highway Patrol investigated the crash.

Sgt. Street said the bald tires and excessive speeds on the ice caused the crash. He said prosecutors will decide whether to screen charges against the driver of the F-350.

"Unfortunately this driver’s decision to operate that vehicle, with those bald tires at speeds too fast for the conditions, has taken someone else’s life today," he said. 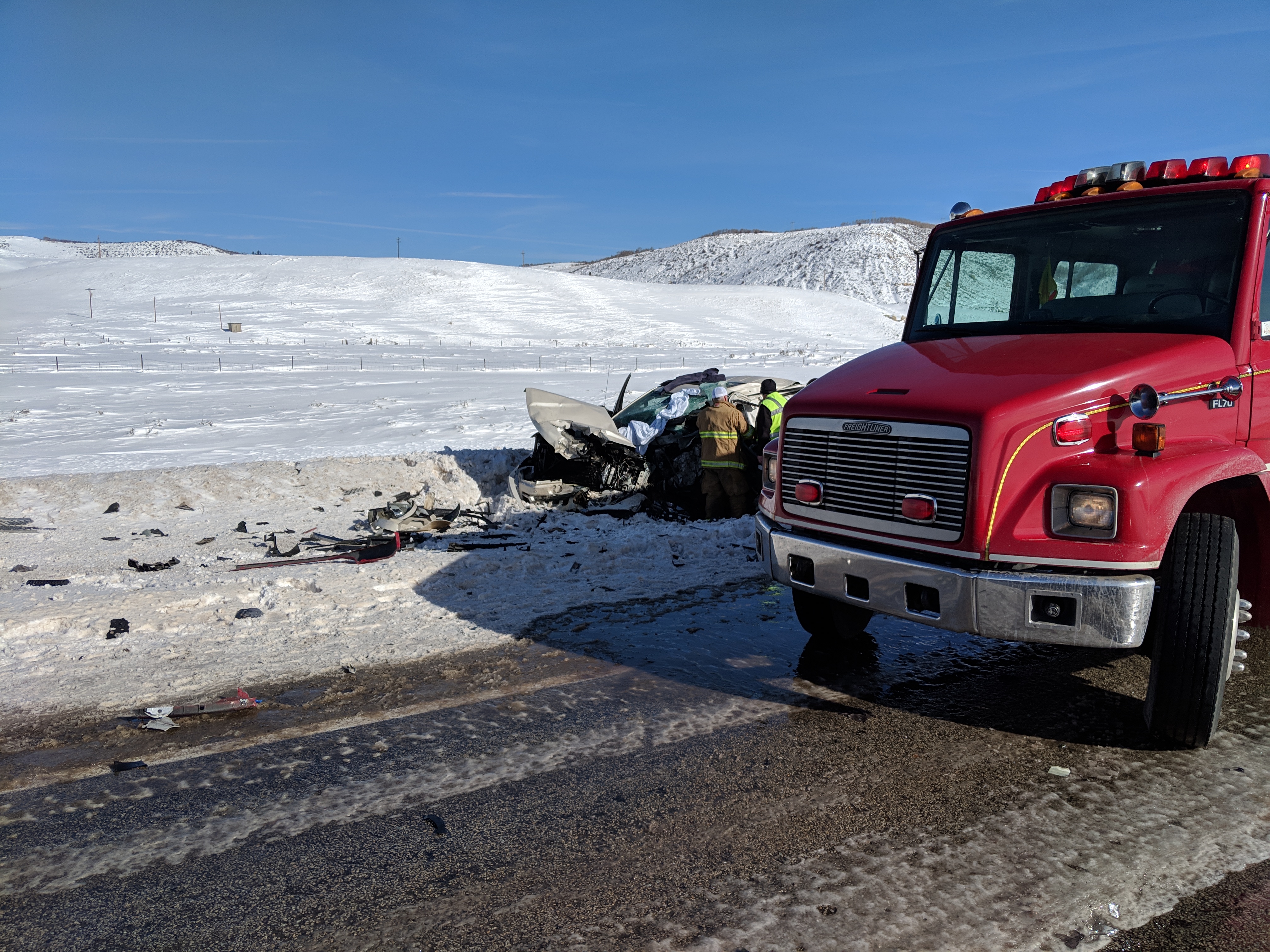