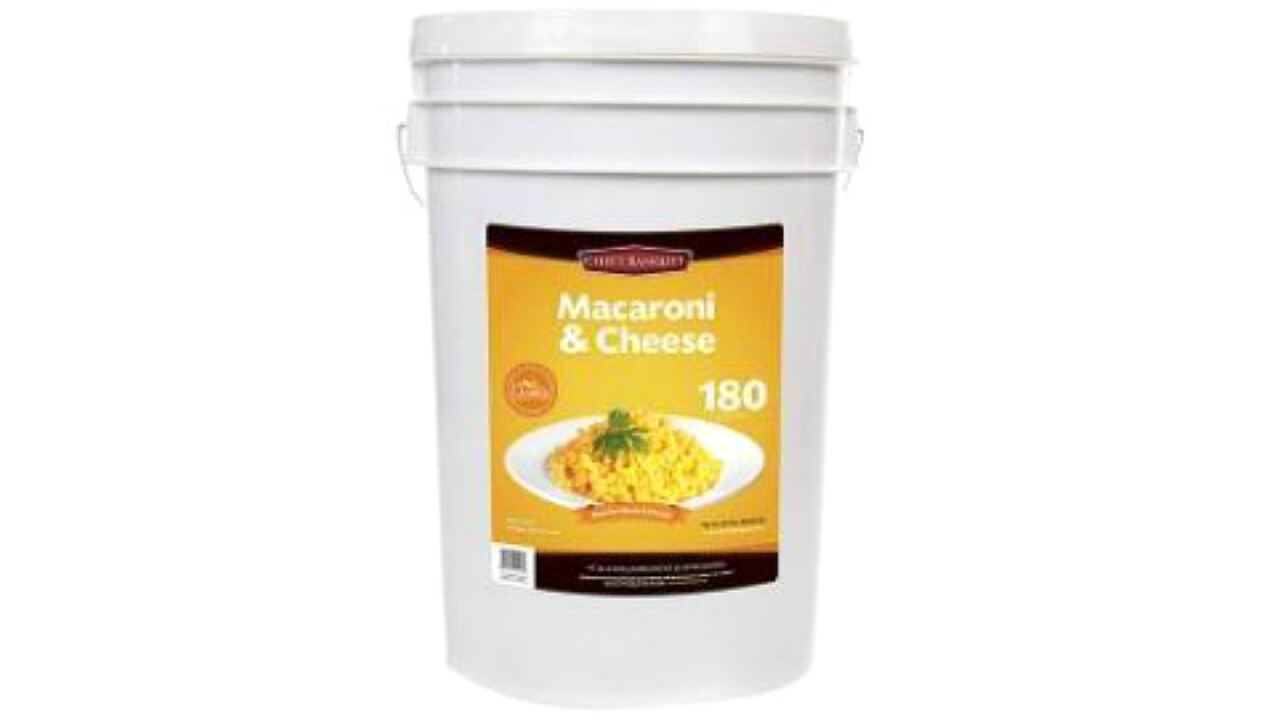 ISSAQUAH, Wash. – Calling all mac-and-cheese lovers! Costco has given you the greatest gift.

The wholesale store is taking steps to make sure you never have to worry about running out of mac-and-cheese.  They are now selling the delicacy in a 27-pound tub, according to People.

Costco Is Selling a 27-Lb. Bucket of Mac and Cheese with a 20-Year Shelf Life https://t.co/1qPu6flQiT

The Chef’s Banquet Macaroni and Cheese Storage Bucket holds 180 servings of pasta favorite.  People reports that inside the six-gallon container are separate pouches of elbow pasta and cheddar cheese sauce.

In fact, due to its significant shelf life, Costco has listed the product under “all emergency foods” on the store’s website.

This isn’t the first food that Costco has supersized this month. Just last week they announced that they are selling a seven pound tub of Nutella as well.