2 injured, 3 wanted after shooting at Fashion Place Mall in Murray

MURRAY, Utah -- Two people are injured, and three suspects are wanted following a shooting at the Fashion Place Mall on Sunday afternoon.

Murray police said the shooting was "possibly gang-related," and were looking for three people who fled the mall in light-colored hoodies or sweatshirts and dark pants.

"We do not know their identities, we have descriptions of them," he said of the suspects.

Police and mall officials said the shooting happened outside the mall's east side, but witnesses and video posted on social media recorded loud bangs and people running inside the mall.

A pic just shared with me of the police response inside the Fashion Place Mall where a shooting has been reported. @fox13 #Utah pic.twitter.com/FDwcMT6gCa

As police responded, shoppers and store employees locked themselves in rooms.

My best friend is in a back room at @CrateandBarrel right now as there are reports of an active shooter at #fashionplacemall. She just sent me this picture. @fox13 pic.twitter.com/xcMd2iybyB

One of those in the mall at the time of the shooting was an organizer of the March for Our Lives anti-gun violence march. As she hid, she posted this to Twitter:

I am currently hiding as the police look for the shooter. I am in the mall. I am terrified!! This should NEVER happen! https://t.co/jJN47Xx5YT

Others were able to flee the mall before police locked it down.

To the stranger who let me and my wife jump into your car outside Dillard’s we are forever grateful. Hug your loved ones #utah https://t.co/mvdHEMdbiR

Det. Bass said people who were evacuated would be able to reunite with loved ones by the Taco Bell near 6100 S. State Street.

He said three people, described as being in their 20s, were being sought in connection. Neighborhoods near the mall reported seeing a large police presence as well. A reverse 911 call was sent out to residents who live near the mall following the incident, dispatch officials stated.

People were seen leaving the mall under police escorts with their hands in the air.

BREAKING: Police are escorting people from the mall after active shooter on scene here in Murray. @fox13 pic.twitter.com/A97ecmX02x

Det. Bass said mall employees would be allowed to return to pick up items left behind.

The Fashion Place Mall said in a statement posted on Twitter the mall was closed:

"We are very saddened by the incident that happened outside our shopping center this afternoon. We are grateful to our security and the quick response of our partners at the Murray Police Department," it said. "At this time we are directing all inquiries to the Murray Police Department. This is a developing investigation and we are providing whatever aide necessary to law enforcement. Nothing is more important than the safety and well-being of our guests and tenants. The shopping center is currently closed."

In a statement to FOX 13, Utah Governor Gary Herbert's office said it was watching the situation closely.

"Our hearts go out to the injured, and we are troubled to see the fear created by this senseless shooting," said governor's spokesman Paul Edwards. "We are grateful for the rapid and professional response of our public safety officers from around the valley to this unfortunate incident."

Photos of the incident can be seen here: 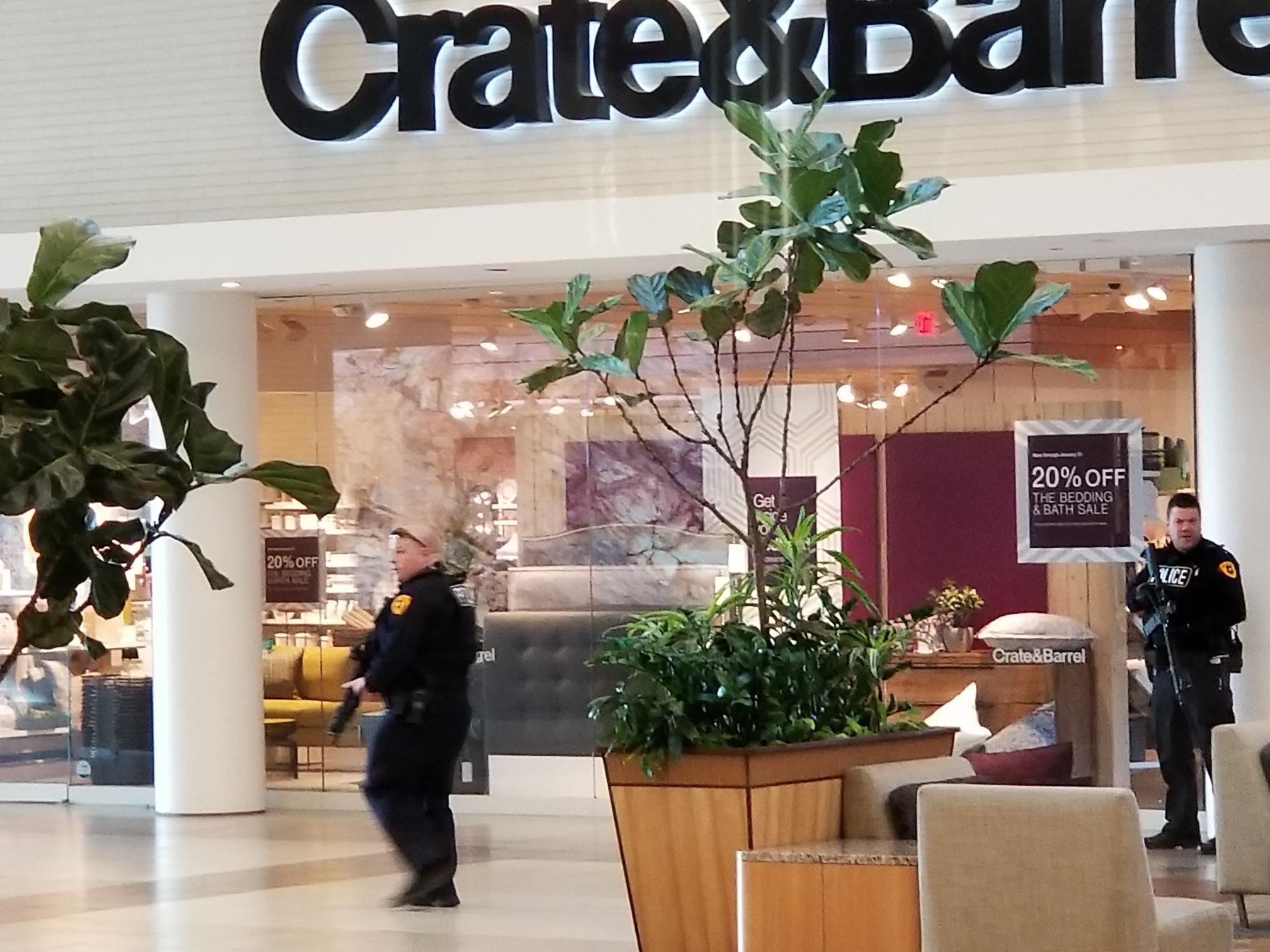